A growing number of NHS and social care organisations are at a mature or advanced stage in automating their administration processes, according to a survey carried out by NHSX.

England’s central policy body for digital technology in healthcare said 32% of respondents were at these stages, compared with 20% on implementation or experimentation, while 40% were only exploring the possibilities and 7% were not considering them. 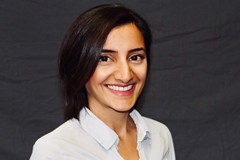 Dr Maddy Borhani, partnerships manager in the innovation and development team at NHSX, highlighted the results of the survey on robotic process automation (RPA) in a blogpost.

She said the survey received over 170 responses, 54% from the NHS and social care and 39% from digital health innovators providing RPA solutions (7% did not clarify which sector they were representing).

It indicated that at least two-thirds of respondents’ organisations have identified some common benefits from the technology, including increased productivity, increased clinical efficiency and improved process integration.

While this could exaggerate the total numbers – with people already involved in projects more likely to take part in the survey – it does show the movement has gathered significant momentum.

But there are signs that the efforts are not always well co-ordinated. Over 35% of respondents had no centralised RPA team, just 17% had a comprehensive governance structure for the technology, 39% were only beginning to design a governance framework. RPA is often being deployed on departments’ local IT systems and can subsequently enter organisations under the radar with little documentation on how it works.

This relates to a lack of governance and process variations being identified among the barriers to adoption. Others were implementation costs, a lack of skills to run the technology in-house, and a knowledge gap leading to an inability to prioritise initiatives.

“Over the last three years, an increasing number of NHS Trusts have successfully automated a variety of admin-heavy tasks,” Borhani said.

“One simple example is cancelling patient appointments in the patient records system, where patients are sent an automated text message giving them the option to cancel their out-patients appointment. If they do, then the ‘virtual workers’ are notified about the cancellation and can swiftly reallocate the unwanted appointment by offering it to another patient on the waiting list within moments, reducing the overall waiting times experienced as well as saving staff time.”