The NHS has come out at the top for levels of public trust in how it uses personal data, research commissioned by the Information Commissioner’s Office (ICO) has found. 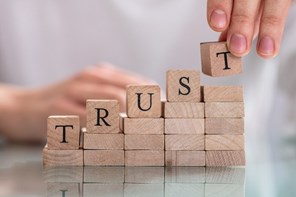 Its annual tracking survey of over 2,000 individuals, carried out by Harris Interactive, revealed that 75% rated the health service high for trust and confidence, with just 7% giving it a net low.

Local GPs also scored highly at 72% positive, followed by the police with 58%, national government organisations with 55%, financial services with 55% and local government with 49%.

Lower positive figures were recorded for online retailers with 37%, mobile, broadband and utility providers with 34%, and social media and messaging platforms with 15%.

The ICO said the question was not asked in last year’s survey.

Other findings included that over three-quarters of the public said that protecting their personal information is essential. 77% confirmed the importance of the issue to them, with 18% remaining neutral and only 5% disagreeing.

The survey also revealed that levels of trust and confidence in how companies and organisations store and use personal information has remained broadly stable since 2020. On a scale of one (none) to five (a great deal), it showed the largest number of respondents remained at three, with the percentage changing from 45% in 2020 to 43% in 2021.

At 30% there were more people showing lower levels of confidence – up a little from 28% last yeare – than the 27% at higher levels.

Information Commissioner Elizabeth Denham said: “At its core, data protection is about trust.

“Over the past five years, we have seen real growth in the number of people with high trust and confidence in how businesses and organisations process personal information.

“This is important because we know that when people have trust in how their data is used, they will engage more in data driven innovations, allowing organisations to maximise impact.

“The research also shows that when individuals become aware of data being misused, lost or stolen their trust in organisations can decrease. To maintain high levels of trust, organisations must maintain high standards in all areas of data protection, from the use of pioneering technology through to the basics of data retention and destruction.”

The ICO commissions annual track research to monitor changes in public attitude and perceptions and why these changes may occur. The results are published on its website.

It added that an analysis of how trust and confidence levels and perceptions of data protection and freedom of information have changed over the past five years will be completed later this year.

The ICO has also published its annual report, with sections on performance, accountability and financial statements.