Minister acknowledges that government does not yet have a mechanism to handle the objections, estimated at 700,000

Health chiefs cannot cope with a deluge of patients demanding to opt out of the care.data database of medical records, it has been revealed. 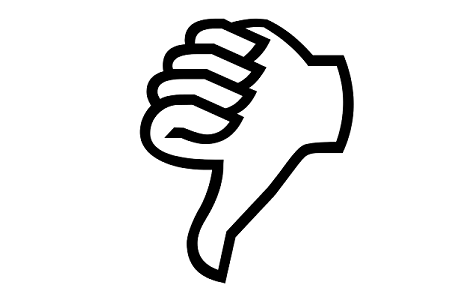 Up to 700,000 people have lodged objections after the controversy which forced the NHS to shelve plans to collect and share data from GP surgeries, Parliament has been told.

As a result, the Health and Social Care Information Centre (HSCIC) has told MPs it is “unable to implement or respect those objections” – which are, in effect, being ignored.

In the interim, the organisation has “taken the practical decision not to collect any identifiable GP data about that person for purposes beyond their own direct care”.

Baroness Chisholm, a health minister in the House of Lords, said the HSCIC and ministers were striving to “put a method into place for resolving these issues”. But she insisted that confidence could be restored in the troubled data sharing scheme with better information, telling peers: “An informed patient is not a panicked patient.”

The 700,000 opt outs are the latest twist in the saga, after NHS England bowed to pressure a year ago by putting back the collection of data from surgeries. It said that more time was needed to convince patients of the value, amid widespread criticism that the public had been "left in the dark" over the database and had not received leaflets explaining the project.

Baroness Ludford, a Liberal Democrat, said Kingsley Manning, the HSCIC’s chief executive, had revealed the problems in evidence to an inquiry by the Commons Health Select Committee.

In a question to a government minister she said: “The admission was made that 700,000 people have objected to such data sharing, but the centre says that it is unable to implement or respect those objections. Will the minister invite the information commissioner to investigate this worrying situation, which is undermining patient trust in NHS data sharing, to the detriment of legitimate uses for such data sharing?”

In response, Baroness Chisholm did not confirm the 700,000 figure – insisting the HSCIC was “working to verify this estimated number” – but acknowledged the problem. She insisted that fears were unwarranted, because data was held securely, only shared with “crucial safeguards”, and never with private companies.

She said: “People’s private identifiable health information cannot be shared unless there is a legal basis to do so.”

Earlier this year, Manning revealed the HSCIC was disregarding opt out requests because not sharing the data would seriously affect the treatment received in services such as cancer screening. However, at the time, the number of people opting out was not revealed, and there were mistaken reports that as few as 100 people had done so.

The database contains confidential but anonymised records detailing hospital visits and mental health data, with plans to add GP records. In October, it was announced that surgeries in Leeds, Blackburn, Somerset and West Hampshire had been picked to carry out the GP trials.

However, Baroness Chisholm suggested only one area would go first and that the pilot had yet to begin, saying: “They will start in Blackburn and Darwen and make sure that all data collection actions are evaluated and refined.

“NHS England has asked the national data guardian, Dame Fiona Caldicott, to lead an evaluation of the pathfinder stage, and nothing will go further ahead until she is satisfied that everything is in place.”

Symbol thumbs down. Licensed under public domain via Wikimedia Commons