NHS Digital has reported that the health service migration from the N3 to the Health and Social Care Network (HSCN) has been completed. 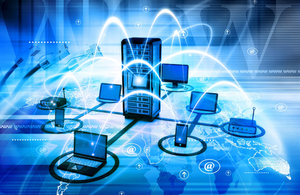 It said that approximately 12,000 sites belonging to 950 NHS, local authority, social care and private sector requirements have made the move.

In addition, a procurement framework provides options from 21 suppliers for standardised network services.

NHS Digital said this has enabled the organisations to upgrade their connectivity for more digital and cloud based services, and to cope with rising levels of online activity. It has estimated the savings for the NHS at around £75 million per year.

Migration to the HSN began in 2017, and has involved a measured approach to connections in which the early emphasis on NHS organisations, followed by those in social care.

There have been indications that the Department for Health and Social Care is already looking to a different approach, following comments by Health Secretary Matt Hancock in June of last year about the development of an ‘internet first’ approach. But there has been little said publicly since then and the completion of the migration indicates that HSCN will be the default mechanism for exchanging data for some time.

Patrick Clark, HSCN programme director at NHS Digital, said: "This is a hugely significant achievement both in terms of the scale and the benefit of what has been delivered.  Reforming long-standing services in order to promote real choice, competition, innovation and value for money is always difficult but the HSCN initiative demonstrates what can be achieved when you work collaboratively across the health and care system, and industry.

“The Covid-19 pandemic has demonstrated how important it is to underpin online, digital services with the right connectivity and I’m delighted that the HSCN initiative has enabled so many organisations to upgrade and future proof their connectivity services affordably – in many cases obtaining far greater bandwidth for less money.

“Good connectivity is vital for healthcare practitioners, supporting them with faster, more reliable access to the information and services they need, when they need it. HSCN now provides organisations with the ideal way to obtain the best connectivity for their staff at the best price.”