Innovation foundation Nesta is launching a pilot Eduu.School programme that could provide the basis for England’s first National Edtech Hub. 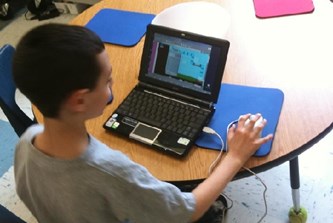 It has teamed up with Shireland Collegiate Academy Trust, educational technology partner Gluu and the Trauma Response network to support the most in-need year 10 students in Birmingham and the Black Country in the use of technology for home learning.

This comes after the Government announced in mid-April that it would provide laptops or tablets for disadvantaged 15 year-olds and 4G routers to help some families get online.  Nesta said that nearly eight weeks later many of these items have still not been delivered to schools, and has called for teachers to receive training and tailored resources for teaching online.

In response it has launched the Eduu.School programme, to be led by Shireland Trust, to provide training for teachers, resources, technology and social-emotional support.

It will use the Microsoft Office 365 suite, which is freely available to students at schools where it has been purchased for staff and can be used for assessments and wellbeing support.

Sean Gardner, managing director of Gluu, said that Shireland is recognised as a leader in online learning, receiving Microsoft’s support in the field, and that it has experience in building educational content on the company’s platforms.

“Shireland is tried and tested in building stuff on Teams and Sharepoint,” he said. “But we don’t want it to be restricted to one platform. We’ll work on ensuring it works on Google Class and other platforms.

“And there will be a wrapper around it to support mental health and resilience.”

He said the initial trials will run for six weeks and that the partners aim to develop a minimum viable product that could be quickly rolled out more widely and further developed.

Josy John, direct of education at Nesta, said: “With this model, teachers will be provided with a ‘plug and play’ online toolkit that they can adapt to their needs. This will not only help with learning but also the emotional needs of their most vulnerable students. teachers will also be provided with extensive professional development to support them through these unprecedented times.

“As other industries prepare for ‘the new normal,’ so must the education system. Our goal is to create a self-sustaining model to support a system-wide move to blended provision.”

The performance will be monitored centrally then sent back to the schools and their local authorities, with an analytics capability built on Microsoft Power BI to monitor the performance of schools and pupils.

The programme is due to begin next week and, if successful, could provide an English national framework for using edtech. This could prove significant in the event of sustained disruption to schooling through a slow easing of the coronavirus lockdown.