The National Audit Office (NAO) has warned that timetables are tight for the delivery of systems to manage trade across the border at the end of the Brexit transition period. 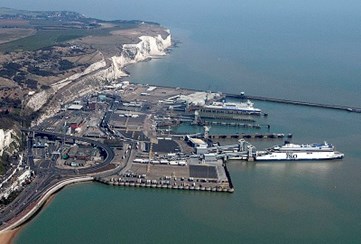 It has published a report on progress saying there is little time for ports and other third parties to integrate their systems and processes with new or changed government systems, and that contingency plans may need to be invoked for some elements.

Delays caused by the Covid-19 pandemic have left limited time for testing and resolving any emerging issues, and to familiarise users with the systems in advance.

This has prompted the NAO to warn that, even if there is further progress, there is still likely to significant disruption at the border at the beginning of next year.

Among the planned digital systems highlighted in the report is one on the GOV.UK website named ‘Check an HGV is ready to cross the border’ for hauliers to check they have the correct documentation for EU import controls. The NAO says there is still work to do on how it will be enforced and work with traffic management plans for Kent.

Significant progress has been made with the Customs Declaration Service (CDS), but HM Revenue and Customs (HMRC) has acknowledged that bringing all the elements together is still very high risk, and there is little time for software providers to make the necessary changes

There are also questions over whether ports using the new Goods Vehicle Management Service will have had sufficient time to build the digital connections.

Another issue relates to the Trader Support Service (TSS) for the movement of goods to and from Northern Ireland from mainland UK. While the Government has provided £155 million for the development of new technologies to support the service, the report says work is still needed to develop software to enable traders to connect to HMRC’s systems.

It will subsequently be “challenging” to establish TSS within the timeframe.

Head of the NAO Gareth Davies commented: "The 1 January deadline is unlike any previous EU Exit deadline – significant changes at the border will take place and government must be ready. Disruption is likely and government will need to respond quickly to minimise the impact, a situation made all the more challenging by the COVID-19 pandemic."

“The Government can only hope that everything comes together on the day, but this is not certain. If it does, it may be able to limit the extent of the disruption.

“It’s completely unacceptable that the Customs Declaration Service will have to be rebuilt before it can process all the declarations it will need to. My committee warned that CDS was vital three years ago– and HMRC knew then how much would be riding on its new customs system.”