Central government’s auditor has warned that the digital elements of the restoration programme for Houses of Parliament could change as it is implemented. 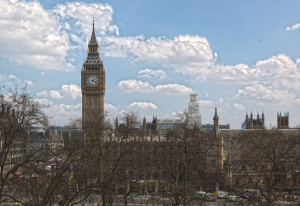 The National Audit Office (NAO) has published a report on the overall programme for restoring the Palace of Westminster, saying the sponsor body in charge needs to quickly begin addressing a range of risks associated with big infrastructure programmes.

This follows the setting up earlier this month of a sponsor body in Parliament to deliver the programme. Its first task will be to prepare a business case by autumn of next year, although there is not yet a firm timescale for the whole programme.

Parliament is preparing a major restoration of the Palace of Westminster, which is widely regarded to be in a state of poor repair and lacking the necessary infrastructure to conduct its business efficiently.

NAO says the long term nature of the programme makes it likely that technology and working practices will change as it is being implemented, which increases the risk that requirements may change, leading to higher costs. At this early stage it is unclear how future changes requested by Parliament may be managed and how the sponsor body will reduce the risks involved.

It urges the two parties to agree a process outlining when the programme requirements will be revisited, and how the time and cost implications of any changes are weighed against potential benefits.

Among the points made by the report is that Parliament’s temporary accommodation while the work takes place – widely expected to be Richmond House – has to have the appropriate IT systems in place.

In addition, core staff have to be transferred into roles that include digital to achieve the operational readiness for the programme.

Meg Hillier MP, chair of the House of Commons Public Accounts Committee, said: “We have known for years that the Palace of Westminster is crumbling, putting everyone who visits or works in it at unacceptable risk. Meanwhile, the building lacks the accessibility and digital connectivity expected in the 21st century.

“This NAO report shows why the restoration programme must continue without any further delay. However, Parliament must make sure that the programme’s governance arrangements protect the taxpayer from the delays and cost increases that so often plague major projects.”