Digital issues have contributed to delays paying claimants of universal credit on time, according to the National Audit Office (NAO).

The findings come from a report in which the NAO says there has been a significant improvement in the proportion of claimants receiving their first payment on time, but that the Department for Work and Pensions (DWP) needs to do more to support vulnerable people and others who struggle to make a claim.

One of the recommendations is that the department should prioritise improvements in the digital system to help frontline staff identify and support claimants who need more help.

Problems include a shortage of information to track vulnerable claimants and ensure support is effective, with the DWP not using data ‘flags’ or markers to highlight their vulnerabilities. This means it cannot produce national level management information on vulnerabilities, and its frontline staff cannot use data within the system to identify all those who might struggle with the process.

Another is that some claimants had struggled with the universal credit digital journal, often using it incorrectly as a messaging service. This has led to requests for advice or submissions of evidence for a claim often going unnoticed.

In addition, while the system is primarily digital, manual work is still required for some payments, which is leading to delays.

These issues have arisen while the cost of managing the change progress and setting up the digital infrastructure to support universal credit rose from just over £2 billion at the time of the full business case to £2.85 billion

The report acknowledges that the DWP is testing a digital process to support claimants and expects to introduce it later this year, but says it is too early to judge whether it will be successful.

The department has not yet provided evidence that it has considered a recommendation to extend the concept of a landlord port to simplify other verification processes.

When the NAO last reported in June 2018, the DWP expected all claimants to move from the legacy benefits to universal credit by March 2023. In March 2020 it expected this to happen by September 2024. As a result, it forecast that the full cost of implementation had risen from £3.2 billion to £4.6 billion. It has not yet calculated the impact of Covid-19 on these forecasts. 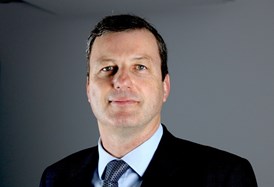 Head of the NAO Gareth Davies (pictured) said: “The DWP deserves credit for improving its processes so that 90% of claimants are now getting their first universal credit payment on time. However, it is concerning that vulnerable people and those with complex claims may struggle with their universal credit claim and face financial difficulties.

“The DWP needs to improve its understanding of vulnerable claimants and how best to support them to ensure that no one is slipping through the net. This is only going to become more important as the economic upheaval caused by COVID-19 continues.”