Parliament’s Public Accounts Committee (PAC) has indicated it is not impressed by the progress so far in creating a paperless health service in England. 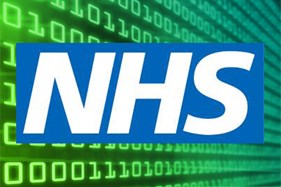 It has published a report, Digital Transformation in the NHS, on the record of the Department of Health and Social Care (DHSC) and the NHS in dealing with IT systems, saying that they are now two years late on a target of making operations digital by 2018, having moved it back by six years and watered down the plans.

This follows an “expensive and largely unsuccessful” attempt between 2002 and 2011 to introduce integrated IT systems with electronically available patient records.

The PAC is “far from convinced that the department and NHS bodies have learned the lessons” and will avoid repeating the mistakes.

It points out that, despite publishing its Vision for digital, data and technology in 2018, the DHSC still does not have an implementation plan for how this will be delivered in practice.

Criticisms include that current governance and accountability arrangements are overly complex and insufficiently defined. Also, local trusts are at varying levels of digital maturity and some are struggling financially.

Unless national bodies do more to support trusts and local health and care systems in difficulty, then their progress in digital transformation is at risk of diverging further, the report says

Among the other findings is that, according to NHS England and Improvement, the NHS will need around £8.1 billion to deliver its digital transformation ambitions, including £5.1 billion from national bodies and £3 billion from trusts. But it is unclear where struggling trusts, some of whom have been dipping into their capital budgets to maintain current service provision, as the committee reported in July of this year, will find their contribution.

The report adds that the DHSC and NHS now face major challenges in dealing with the current Covid-19 pandemic. It points to the development of the NHS Covid-19 app, which was developed by the NHSX unit in the DHSC and launched four months late, and reserves judgement on its effectiveness.

But more positively, it says that individual services have shown the potential for organisations to deploy digital solutions and adapt to new technologies during the pandemic, and that the DHSC and NHS bodies should now make best use of this learning in their digital programmes.

The report sets out a series of recommendations, including that the DHSC should set realistic targets for transforming digital services and publishing details by March 2021, set out the relevant responsibilities for each national organisation and publish an annual report of NHSX’s activity and spending.

NHSX is urged to publish an implementation plan for transforming services as a matter of urgency, and to bring forward interoperability standards to provide clarity for trusts and technology suppliers.

It should also work with NHS England and Improvement on a focused package for local health and care systems, and publish a cost-benefit analysis of the various approaches for local organisations when implementing system solutions.

Meg Hillier MP, chair of the PAC, said: “After 18 years of failed attempts to digitally transform the NHS you would hope that the one success that could be claimed was the learning and change to ensure those failures are not repeated.

“Incredibly, still, none of the components essential to successful delivery of the digital ambition for the NHS are in place, and instead the Government presses on with expensive and unproven strategies and contracts that cost the taxpayer millions but don’t deliver.

“The response to the pandemic demonstrates it is possible to reset and adopt new digital solutions and technologies. But there needs to be a clear strategy that works with local trusts and acknowledges the financial pressures they are under.”