MoJ may extend use of prison video calls

The Ministry of Justice (MoJ) has indicated that it may extend the use of secure video calls from prisons in England and Wales. 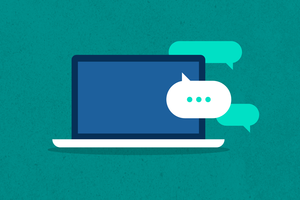 This follows the recent nationwide roll out of the service for prisoners to stay in touch with their families while physical visits have been suspended due to the Covid-19 outbreak.

The MoJ said the service, the widespread roll out of which was announced in May, has been available this month in all young offenders’ and women’s prisons, and most male prisons, with approximately 20,000 calls having been made since it was launched.

A blogpost by the MoJ digital team said: “Making video calls available in prisons across England and Wales became a necessity in early 2020. Yet it is clear that it’s become a popular and easy way for people to stay in touch with loved ones outside prison.

“There may also be other uses for the technology - like legal visits, meetings with probation officers, and even job interviews.

“The team is exploring some of these possibilities, as well as looking at how video calls can be made available alongside visits in the longer term.”

It also reported positive feedback on the service from prisoners and their families.

The calls are made through secure laptops fitted with Purple Visits video conferencing software in a designated room in each institution.