The Metropolitan Police Service has awarded Atos a contract to provide application management services over the next seven years. 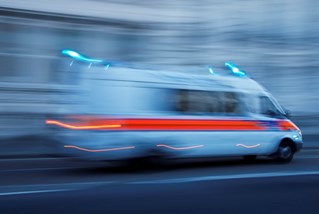 In a deal estimated to be worth £350 million, the company will maintain and modernise the Met’s digital applications, including upgrades and a refresh of legacy systems.

It said it will aim to optimise management processes and boost innovation in line with the froce’s digital policing vision.

The deal comes under the force's Pegasus Programme, through which its ICT is delivered under a 'two tower' model, with Atos taking on the applications tower while Capgemini was recently awarded the contract for the infrastructure tower.

Atos has previously been providing a service integration and management tower (SIAM) for the Met Police since 2015.

Its senior vice president of public sector and defence Northern Europe, Nikki Kelly, said: “We are bringing a proactive, data led approach to delivering the application services. We will deliver these in a real partnership focusing on the needs of policing and supporting the digital policing vision.”

The Met Police strategy for 2018-25 includes a strong emphasis on strenghtening its digital and data capability, saying it wants to exploit the operational benefits of new technologies and analytics, and that it wants to build a culture of data driven decisions.

The contract award follows another major deal for the force’s digital capability earlier this year when Capgemini was signed as strategic IT infrastructure services provider.

Value of contract and further detail added on 30.11.21 on receipt of additional information