Mayor of London Sadiq Khan has ordered the drawing up of an Emerging Technologies Charter to support the capital’s smart city operations. 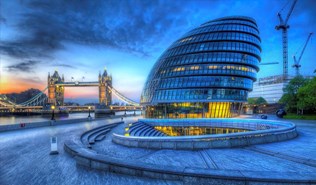 He announced that he has tasked London’s chief digital officer, Theo Blackwell, and the Smart London Board with developing the charter to provide a structure and inform public discussion in the area.

It is expected to cover a handful of issues, including that trials of new technologies will involve active engagement with the public, authorities and other relevant bodies.

There will also be recommendations on the use of data by emerging technologies through city data platforms such as the London Datastore, aimed at supporting resilience planning, efforts to deal with climate change and other purposes.

Other features will take in design for digital inclusion and accessibility, and privacy and security.

The charter will be built on earlier initiatives such as Transport for London’s guidelines for connected autonomous vehicle operators and the Metropolitan Police’s ethics panel on live facial recognition.

Khan said he wants London to be a testbed for innovation, adding: “But even the most dynamic cities need a framework to steer the emergence of new tools and applications which affect our open spaces, transport systems and public services.

“The response to the Covid-19 pandemic is also putting the spotlight on how we use data – from new public health tracing apps and sensor technology to the use of artificial intelligence and the roll out of 5G connectivity.

“So it’s vital Londoners and public bodies understand the full impact of any new technology launched in the capital – and that innovations are designed with the public’s needs firmly in mind. My Emerging Technology Charter aims to do just that.”

The announcement has come with the publication of a report by the Digital Catapult, and commissioned by Khan, on the technology trends that are significant for the capital.

It says these will contribute to the development of new services and products to transform the way people live and work in the city.