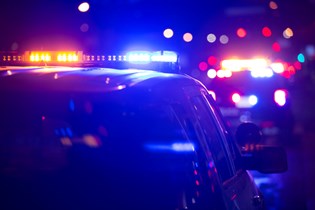 The initial users of the system – based on the MAIT data standard developed by the British Association of Public Safety Communications Professionals (BAPCO) with the Cabinet Office to support responders in sharing information – have been South Wales Fire and Rescue and the police services for South Wales, Central Wales and Gwent.

They have begun to use the system developed by digital transformation company Atos in partnership with the Welsh Government, Home Office and BAPCO, which aligns with their computer aided dispatch systems.

It works as a ‘hub and spoke model’, which makes it possible to transfer information on incidents between the control rooms of multiple emergency services to reduce the time needed to deploy support.

The model requires just one connection to the regional hub rather than a series of connections with other services.

Atos said that more than 15,000 incident messages had been shared over its hub in the first month of use.

Tony Bracey, chair of the UK MAIT working group, said: “The emergency services are continually looking to improve the time between incident occurrent and resource deployment. Adopting technologies such as MAIT provides an important opportunity to improve the communication process, accuracy and situational awareness resulting in improved outcomes and efficiencies.

“The time and errors this solution prevents will save vital minutes in our responses which, in emergency situations, can save lives.”

A spokesperson for Atos said it is now working with the Welsh Government to promote the roll out of the system among the country’s other emergency services.

It is also exploring the potential with two police forces, a fire brigade and national emergency agencies, and is in “matured conversations” with the Government for a centralised implementation of MAIT across the English and Northern Irish emergency services.