The Mayor of London's Office for Policing and Crime (MOPAC) is laying the ground for the Metropolitan Police to use retrospective facial recognition (RFR) technology. 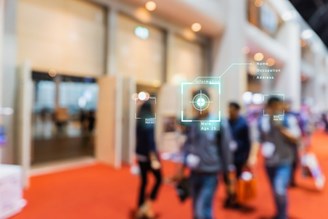 It has submitted a four-year, £3 million contract with Northgate Public Services to the deputy mayor for policing and crime for approval, saying that RFR will support investigations through the detection and matching of faces.

RFR contrasts with live facial recognition – which has been the subject of controversy in its use by police forces – in inspecting still and video images from a range of sources at crime scenes.

The submission document from MOPAC adds that it could be used in searching for and identifying missing or deceased persons.

It says: “The Metropolitan Police Service (MPS) will benefit from an updated RFR search capability to enable a more effective use of images and image frames from video data across all types of investigations.

“Technical advancements made over recent years would, if seized, now allow the MPS opportunities that were not previously available to support the detection and matching of faces.

“The opportunity also represents a chance to realise significant savings in terms of the officer time it takes to reconcile an image of a person to that person’s identity. This helps prevent and detect crime and keeps Londoners safe.”

It has also specified that the technology could go into use in the final quarter of 2021-22.

According to a report in Wired, the mayor’s office has said the London Policing Ethics Panel will review and advise the Met Police on its use of RFR.

A spokesperson for the mayor told UKAuthority that the images to which the technology will be applied will already be held by the police.

“New technology can play a vital role in keeping Londoners safe," he said. "RFR technology will scan images and video data - already lawfully held by the police - for offences that have already happened. It will reduce the time taken by officers to identify those involved, and help police take criminals off our streets and help secure justice for victims of crime.

“Whilst this is clearly an important policing tool, it’s equally important that the Met Police are proportionate and transparent in the way it is used to retain the trust of all Londoners. The London Policing Ethics Panel will review and advise on policies supporting the use of RFR technology, and City Hall will continue to monitor its use to ensure it is implemented in a way that is lawful, ethical and effective.”