A group of NHS organisations in the London area have begun to use an app that effectively gives staff a second phone number on their mobiles, enabling them to separate work from personal calls. 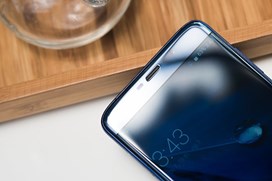 The provider, Thumbtel, said it has made the Another Number service available to NHS organisations free of charge for the duration of the coronavirus pandemic.

The app has previously been used by businesses in different sectors, but the company has recently begun to talk to NHS organisations about using it under the deal and that the first few have taken it up.

While the prime use so far has been by remote working and overflow administration teams, he said it can be used by frontline coronavirus response staff.

The app – which is available directly from Thumbtel – provides a second number for the phone, with an 07 prefix and based on the Three network, and can hold contacts and messages separately to the phone’s regular apps.