The Greater London Authority (GLA) and Bloomberg Philanthropies are to invest almost £1.5 million in a network of air quality sensors across the city. 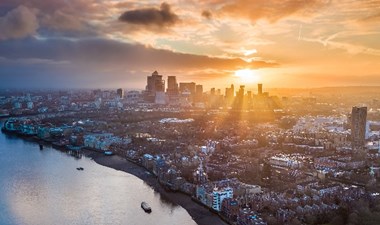 The funding will also support research, community engagement and a Breathe London website to provide data to the public.

It will be focused on communities that research has shown are exposed to poor air quality and lack of access to green spaces.

Mayor of London Sadiq Khan has also announced a new sponsorship programme in partnership with Bloomberg Philanthropies and Imperial College London to provide an additional 60 sensors to London communities over the next three years, with the allocation based on applications for hosting sensors in specific locations. The first 10 sensors will be installed in the autumn.

These will be added to the existing monitoring network to bring the total number of sites around the city to over 300.

As part of Breathe London, sensors have already been installed at nine hospitals across the capital.

Khan said: “I am delighted that Londoners will now have access to real time, accurate air quality data for their area from more than 300 monitoring sites. This will improve awareness and help people reduce their exposure to polluted air.

“The new website we are launching today will also help City Hall, TfL and the boroughs better target efforts on improving air quality at a local level. Thanks to support from Bloomberg Philanthropies we will be helping community organisations to monitor air pollution by enabling them to host sensors in a location of their choosing at no cost to them.”

Professor Frank Kell, Battcock chair in community health and policy at Imperial College, said: “The Breathe London sensor network is rapidly taking shape after intensive work over the past two months by our team at Imperial. The necessary data transfer and quality control systems have been put in place and nodes at hospitals across the city are already providing near real time air quality data via the new Breathe London website.

“The next stage of the project will see schools and local communities benefiting from this expanding network of sensors as we supply real time air quality information to more and more Londoners.”