United Lincolnshire Hospitals NHS Trust (ULHT) has rolled over its deal with InterSystems to use its software as the basis for the Lincolnshire Care Portal.

It has decided to run the contract, which had been due to expire at the end of June, until the end of March 2024, citing the need for stability while it further develops the solution over the next three years. 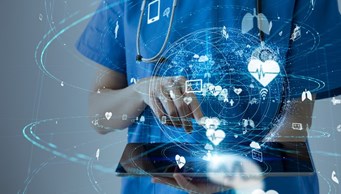 According to the contract notice, ULHT has a strategic objective to add to the solution, and that its highly customised nature would make it very difficult to replicate using an off-the-shelf system without the risk of significant service degradation and disruption. It is estimated that it would take around two years for the development and testing.

In addition, a proposal is being considered for a local health and care record for the East Midlands region, which would lead to an early replacement of any new system.

This has prompted the trust to stick with the incumbent InterSystems, with the possibility of joining a regional system at a future date.

The £2.26 million deal is underwritten by Lincolnshire Clinical Commissioning Group.

It involves the provision of a whole system digital shared care record, including the patient porta, analytics function, electronic care planning system and e-learning modules, and supports around 9,000 users in Lincolnshire.