Learning from the Sharing Cities experience

Interview: Nathan Pierce talks about the lessons from London’s contribution to the European smart cities programme 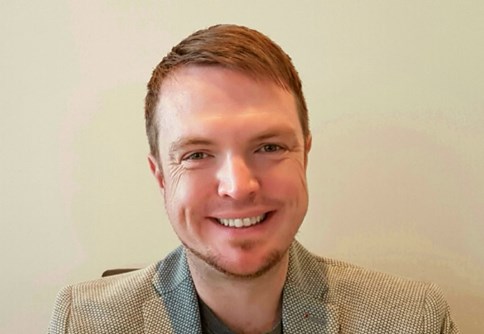 Outcomes are what matters in building smart cities, and this should be the driving force in any procurement related to the effort, according to Nathan Pierce.

“I’ve seen some of the biggest failures in this area around people going out to commission a smart city service or product,” says the programme director for Sharing Cities and head of the Smart London team at the Greater London Authority.

“The fact is that these are tools to achieving the outcomes, so they are the wrong way around. Smart solutions should be part of a lighting contract, housing contract, care contract. They are not a contract in and of themselves. What we want to get across is that technology can help you achieve the outcomes that you are probably working on already.”

His perspective comes from the experience of more than four years of Sharing Cities, an EU backed programme in which London has been working with ‘lighthouse city’ partners Lisbon and Milan – and ‘fellow’ cities of Bordeaux, Burgas and Warsaw – to share lessons from introducing smart technology solutions that could be widely replicated.

In London the work has been concentrated around the Royal Borough of Greenwich, focused on renewable and more efficient use of energy, a shift away from the use of cars in local transport, and the use of the Urban Sharing Platform for the relevant data. It has included work on retrofitting housing with sensors and better insulation for smart energy.

“The building retrofit has been a real lesson in terms of the value of doing it and the complexity involved in a project of that size and scope,” Pierce says. “And we weren’t even doing it to all of Greenwich’s housing stock, but just two estates.”

This has produced evidence of benefits but also challenges.

“We’ve seen about 60% in energy savings, that this kind of technology works well and there is a business model behind it.

“We’ve also learned that retrofitting building takes a lot longer than first thought. The problem especially in retrofitting public sector buildings is that three years almost certainly spans an election, possibly two, and is long enough for residents’ views to change and for a crisis to hit. We’ve found that for something like this we need at least four and possibly five years for public sector housing. For private sector housing we didn’t have as many problems and it was completed quite quickly.”

Another lesson has been the need for citizen engagement to help residents, especially older people, appreciate the importance of using the technology’s controls rather than just opening and closing windows.

Greenwich has also been the scene of a test deployment of charging points for electric vehicles on lampposts. This has helped to prove a business case and provided at least one important lesson, that it only works when a lamppost is on the outside of the pavement as it saves running a cable across the path.

Sharing Cities is drawing on the experience of such projects to create a series of playbooks for city officials with guidance on designs that can work, business models, ethics, environmental impact and supporting standards. Two are already available – on e-bike sharing to improve urban mobility, and engaging communities to encourage behavioural change – and more are expected later in the year.

Along with this, Smart London has been working with a network of UK cities – including Nottingham, Manchester, Glasgow and Bristol – to share experiences on smart city deployments. So far it has largely involved closed conversations chaired by Pierce, but there could be scope for a more formal structure.

He reiterates that all this is aimed at providing guidance on approaching initiatives rather than technology choices.

“What’s really important here is we’re not telling boroughs what technology they should deploy, but once they have gone through an outcomes based approach these are the things to consider. It’s not technology first but outcome first, then how technology can help to achieve that outcome.”

London’s contribution to Sharing Cities has also involved work on the Urban Sharing Platform, bringing together the data from different sources and demonstrating savings in carbon emissions and costs. This was built onto the existing London Datastore, which previously accepted static spreadsheets from the participating boroughs, to accept live data feeds from the sources in Greenwich. There is now an ambition to extend this to other boroughs soon.

Pierce says this will be a challenge as the data landscape is still very diverse, and the London Datastore team has been putting together a short guide for capturing and displaying data.

“It is really important to make sure you have single standards for data collection. Data and analytics is part of the reason you are doing this, and if you want to use it to drive policy making and service design you need to make it as easy as you can for the council officer to access and understand it.”

He adds: “This is an area where we need to come to some kind of arrangement within cities and between cities. Data becomes better the more you have and the more comparable the datasets are.”

When it comes to the challenges in scaling these projects, he says the largest are often around the business models and how they can vary with the technology choices. For example, the deployment of LED for streetlighting can quickly generate large savings that can be banked or pay for other investments; but in the case of air quality sensors it is harder to identify a monetary impact in the short to medium term, and more will depend on an authority’s priorities for local outcomes.

But the London team is making an effort to pass on what has been learned about the commercial value of data and its contribution to the business case.

“We’ve largely been driven by the Treasury’s Green Book, trying not to reinvent the wheel, and working with the London Office of Technology and Innovation to develop the framework.”

Pierce says there is a rising interest in a number of the technologies deployed under Sharing Cities, and that in some cases this has been increased by the Covid-19 pandemic.

“A lot of boroughs interested in the technology we’ve deployed on smart lampposts,” he says.” They have either converted or are converting to LED, so are looking at the lighting stock and what they can do with it. And if we want to get high streets up and running, sensors and smart technology will have a role and will most likely be deployed on lampposts or street furniture.”

Lingering anxieties over using public transport could lead to more people using electric scooters and bikes, which is stirring new interest in the supporting technology; and some businesses are showing a new interest in cargo bikes.

There is also plenty of debate around sustainable energy management systems for districts, which could be important as more people work at home and there is a geographic shift in the demand for energy. Also, authorities are becoming interested in digital applications that could be used to encourage behavioural change among the public.

There are question marks over the future. Sharing Cities was originally scheduled to conclude in December of this year, but the challenges in building retrofits and Covid-19 crisis caused delays and it might be extended for another year to provide stronger lessons.

Another is around how London will be poised to take part in pan-European projects following Brexit. Pierce is confident that it will still be a big part of the agenda.

“We will always work with other cities in Europe and beyond,” he says. “We’ve forged very close links with Milan and Lisbon, and our fellow cites of Bordeaux, Warsaw and Bergas. We see no reason for London to stop engaging with other cities.”