iStandUK has created a SAVVI Tech Working Group as the next step in its programme to establish standards for vulnerability data in public services. 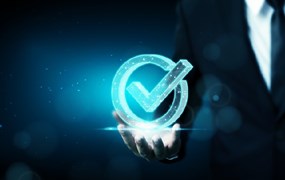 The organisation, which focuses on the promotion of data standards in local services, said the first meeting of the group took place last week with representatives from 22 organisations.

It has been set up to provide a dialogue between public authorities and technology companies on how SAVVI standards – full name Scalable Approach to Vulnerability Via Interoperability – could be adopted by the industry. IT industry association techUK is providing the secretariat.

iStand has said the programme is based on the need of local authorities to identify then support vulnerable people and households, blending attributes from data sources from a range of local and national organisations. Councils need to discover and share the datasets and have often found it is difficult to extract the attributes due to inconsistencies in the semantics, quality and governance of the data.

SAVVI is aimed at making this easier through data standards using a secure, standards based ecosystem rather than a shared product.

iStand said the first meeting of the working group revealed that suppliers are enthusiastic about the prospect for an ecosystem but that they face issues around information governance, terminology and whether the standards will feature as part of future local government tenders.

The move comes after recent news of the Data Standards Authority calling for input on a standard to support vulnerable people in finding information on relevant services.