An increasing number of large central government ICT projects are facing serious delivery problems, according to the new annual report by the Infrastructure and Projects Authority (IPA). 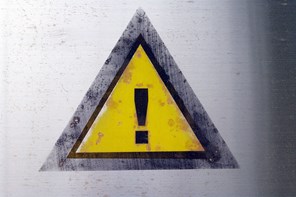 It shows that 14 have been given red or amber/red ratings for 2019-20, compared with just 10 the previous year, when the same number of 27 were reviewed. 10 have been rated as amber, two as amber/green, none as green and one has been exempted from a rating.

This points to the second year of a mild worsening of the situation, following a trend of steady improvements since the first report was published in 2015.

The two red ratings – indicating that the IPA regards successful delivery of the project as unachievable – have been given to the Cabinet Office GOV.UK Verify programme and the Department and Health and Social Care (DHSC) for its IT Infrastructure Sourcing Programme.

IPA’s breakdown indicates that it still regards Verify – aimed at developing online identity assurance for public services – as a red despite it having attracted a big increase in sign-up during the coronavirus crisis as more people used it in applying for universal credit.

The DHSC IT Infrastructure Sourcing Programme has suffered from delays in delivering data centre network connectivity and significant cost increases.

The two amber/green ratings – indicating that successful delivery is probable but with the need for constant attention – have gone to the Cabinet Office’s Government as a Platform and HM Revenue and Customs’ Making Tax Digital for Business. The former deals with the development of common platforms for use in digital services; the latter with digitising tax reporting for businesses and agents.

The report says the 27 ICT projects covered have a whole life cost of £8 billion, making it a smaller but still significant part of the portfolio. It notes that several projects in many categories have significant digital components.