ICO consults on its regulatory role

The Information Commissioner’s Office (ICO) has launched a consultation on how it monitors and enforces relevant laws. 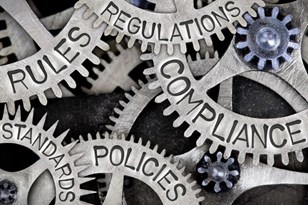 It said there will be 14 weeks to comment on three documents, which are all designed to give direction and focus to the organisations it regulates.

This follows the publication of the Government’s proposals for new data regulation regime, which includes a section on the future of the ICO. A key element is that it will be expected to work within strategic priorities set out by the Department for Digital, Culture, Media and Sport, and under an independent board and chief executive officer.

Of the three documents, the Regulatory Action Policy (RAP) updates the ICO’s 2018 policy and sets out the regulator’s general approach, including a commitment to a proportionate and risk based approach to enforcement, it promotes best practice and ensures compliance and how it works with other regulators.

The Statutory Guidance on Regulatory Action focuses on the sections in DPA 2018 that specify the ICO’s legal obligations to publish guidance to help organisations navigate the law. It also explains how the ICO uses its statutory powers to investigate and enforce UK information rights legislation.

Thirdly, the Statutory Guidance on PECR (privacy and electronic communications regulations) Powers explains how the ICO uses its statutory powers to enforce the data protection legislation relating to electronic communications like nuisance calls, emails and texts. It focusses on the ICO’s powers to issue monetary penalty notices on a person, or an officer of a body, for data protection failures in respect of the PECR. This is a power that has recently been incorporated into law.

Chief regulatory officer James Dipple-Johnstone said: “Information rights have never been more important or impactful. Now more than ever, we support innovation and economic growth, but both require the public to have trust in the way their personal information is used.

“We are focused on promoting best practice and compliance but, where it is necessary, we will exercise a fair and proportionate approach to enforcement action.”

The consultation is open on the ICO’s website until 24 March. It expects to publish the final documents is expected by the end of 2022.