HM Revenue and Customs (HMRC) has been awarded over £400 million to support digital operations in the Government’s Spending Review. 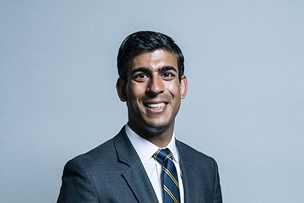 Chancellor Rishi Sunak (pictured) has provided the money as one of a handful of specific investments in digital in a spending round that comes in the face of a bleak economic outlook and a long term squeeze on public finances.

With sharp limits on the scope for big spending, he has found £800 million to support HMRC’s core resource funding over 2020-22, including £146 million to extend the roll out and operation of its Making Tax Digital programme for VAT for businesses below the threshold, landlords with income over £10,000 and income tax self-assessment.

According to the Spending Review document, this is aimed at helping more taxpayers get their tax right first time and projected to deliver an additional £700 million in revenue by 2026.

HMRC has also been given £268 million to improve its existing IT estate.

The other major digital investment is focused on infrastructure programmes and connectivity. Over £260 million is being made available for programmes such as the Shared Rural Network for 4G coverage, Local Full Fibre Networks and the 5G Diversification and Testbeds and Trials programmes.

Along with this is the allocation of £45 million for unspecified programmes to drive growth through digital technologies and data, while improving online data and security.

A more specific award of £173 million for the next financial year has been made to the UK intelligence community, with an indication that a significant amount will be devoted to supporting its digital transformation.

The review also pledges continued investment in the National Cyber Security Programme. While the details are not made clear, another section says £16 million will be provided to support the modernisation of local authorities’ cyber systems.

In his speech, Sunak claimed that, despite the financial outlook, the Spending Review is aimed at delivering stronger public services and a “once in a generation” investment in infrastructure.

Amended on 26 November to reflect allocations to Home Office, DfE and MoJ