HMRC to spend up to £9.75 million to unify text, voice and email notifications

HM Revenue and Customs has outlined an ambition to streamline the management of the hundreds of millions of automated text messages, voice calls and email notifications it sends each year. 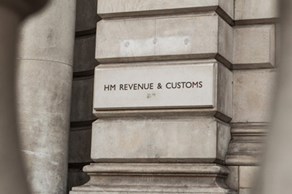 It is looking for a single supplier to support the effort, under a contract covering texts and voice calls used to authenticate people logging into its online services. The deal would also cover texts and emails sent to provide help, prompts and reassurance, as well as to seek feedback.

It is set to cover a two-year period with the option of a further year, with a total estimated value of £9.75 million if it runs for three years.

The tax collection agency said it currently generates about 220 million emails, 94 million SMS text messages and 8 million voice calls for these purposes, which are currently provided by several suppliers. The text messages and voice calls used for multi-factor authentication currently pass on a six-figure access code that users have to enter within 15 minutes to gain access to online services.

HMRC expects the supplier to move the current range of services to one system, then develop “new and innovative ways of communicating with our customers, whether that be on a 121 or 1 to many basis,” according to the contract notice.

A similar tender notice was published by the agency in December 2019, with a maximum value of £9.5 million. In July, HMRC said it had not been awarded.