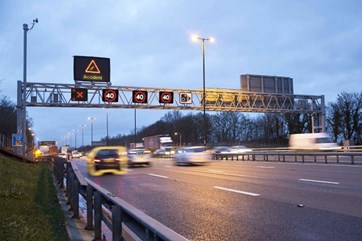 It has published a contract notice for a four-year, £18 million deal, having previously indicated that it wishes to get the technology in place by March 2023.

This provides a crucial element of England’s controversial Smart Motorways programme, under which the hard shoulder has been removed from some stretches of road, raising the demands on a near real time alert system.

The radar based SVD is aimed at detecting individual stopped vehicles and providing regional operation centres with notifications so they can quickly take action in setting signals to alert other drivers.

It is intended to complement existing systems including Motorway Incident Detection and Automatic Signalling (MIDAS), which uses sensors to monitor traffic volumes and sets signals in response to congestion.

The radar units should be able to detect a stationary vehicle in 20 seconds, which will significantly reduce the time taken to alert control room operators of a problem.

The notice says that Navtech will be required to commission the radar solution, which has to be capable of detecting any vehicle allowed on the motorways, and may have to support its installation by other companies.

Navtech is a specialist in the field with its ClearWay software, which it says can detect incidents lane-by-lane in both directions.