Five public authorities have been proposed to be added to the list of those able to tap into communications data to investigate possible crimes. 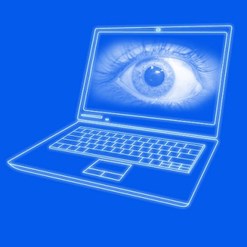 The change has come with the publication by the Home Office of a statutory instrument – summed up in a memorandum – on the Investigatory Powers (Communications Data) Regulations. It says the authorities are being given the powers as they are increasingly unable to rely on the police to investigate crimes on their behalf.

Parliament will debate the change before it comes into force.

Among those added to the list is the Civil Nuclear Constabulary, on the grounds that it needs to assess the risks around nuclear hazards. This is not regarded as high and the organisation is not expected to make many requests for information.

The Environment Agency has been given the power as it is responsible for investigating more the 400 types of offence amounting to over 40,000 offences per year, including those around waste crime.

The Insolvency Service is another new addition, reflecting its role in investigating fraudulent trading and breaches of company director disqualification orders.

Also new to the list is the UK National Authority for Counter Eavesdropping, which is tasked with detecting national espionage activities and eavesdropping of UK government buildings overseas. The memorandum says it requires the powers to identify and locate an attacker of illegal transmitting device.

Finally, the Pensions Regulator is joining the list as a result of the increase in its enforcement activity over employer automatic enrolment duties. It is increasing its prosecution of offenders and often needs the data as legal evidence.

Other authorities that are already able to access communications data include the Home Office, Department for Work and Pensions, Food Standards Agency and the Gambling Commission, along with police forces.

The act, often described as the ‘snooper’s charter’, has been criticised by some civil rights activists as being excessively intrusive.