The Government has announced plans to provide a further 500,000 laptops and tablet computers to disadvantaged children and young people. 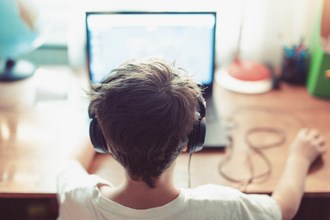 Secretary of State for Education Nadhim Zahawi announced the move, saying the equipment will be distributed mainly through schools and colleges to care leavers, young people supported by a social worker and children recently arrived from Afghanistan.

He said it will increase the capacity to mitigate the effects of any disruption to education from the Covid-19 pandemic this winter. During the previous lockdowns most schools become heavily dependent on remote learning.

While most the devices will be sent through schools, up to 10,000 will be available for local authorities to pass on and up to 6,000 for children from Afghanistan.

The process will take place through an invitation to order, the emails for which will be sent out through November and December.

Full guidance will be available with the Get help with technology service, which has been responsible for earlier distributions, reopens on 29 October.

Zahawi said this will raise the total provision of laptops from the Government to 1.85 million, on top of the estimated 2.9 million already owned by schools before the start of the pandemic.