The UK government has announced a round of investment in gigabit broadband connections for public sector buildings in remote parts of Scotland. 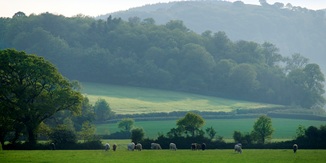 It has highlighted the move as part of the £5 billion Project Gigabit to provide top of the range connections to every part of the country.

The Department for Digital, Culture, Media and Sport (DMCS) said that £2 million will be provided to connect 41 NHS Scotland sites in remote parts of the country, along with £1 million for full fibre to nearly 200 hospitals, GP practices and schools across the Highlands.

This adds to the plan to spend £2 million on connecting 91 GP surgeries and community hospitals in rural parts of Scotland, including the islands of Arran, Jura, Lewis, Mull, Shetland and Orkney.

It comes after the completion of another £2 million project to connect 21 schools, council buildings and other public sector sites to fibre broadband in the northern isles of Yell and Unst.

Digital Infrastructure Minister Matt Warman said: “We know that improving connectivity is a top priority for people in Scotland, and this broadband boost will enable dozens more doctors’ surgeries, schools and other valued public buildings to raise productivity and deliver better quality services.

“This is on top of the £5 billion Project Gigabit we’re launching today, the first pound from which will be spent in Scotland, that is setting out to deliver next generation speeds to every corner of the UK.”

DCMS also pointed to plans under Project Gigabit to connect up to 7,000 rural public buildings in the UK. This is aimed at supporting public services and enabling them to act as hubs for high speed broadband network in rural areas.

The department is talking with local bodies and government departments to identify suitable projects and expects the first of these to be progressed this summer.