The Government has shifted the responsibility for its use of data back to the Cabinet Office – reversing the move of two years ago when it was given to the Department for Digital, Culture, Media and Sport (DCMS). 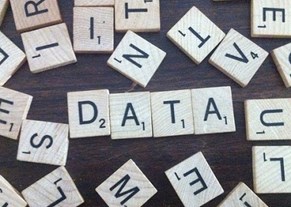 Prime Minister Boris Johnson announced the move yesterday in what is seen as a further step in centralising powers within the Cabinet Office under his chief adviser Dominic Cummings.

In a written statement to Parliament on the last day before it broke for the summer recess, Johnson said: “Responsibility for government use of data has transferred from the Department for Digital Culture Media and Sport (DCMS) to the Cabinet Office. DCMS will retain responsibility for data policy for the economy and society.

“This change will help ensure that government data is used most effectively to drive policy making and service delivery. The change is effective immediately.”

The change of two years ago was intended to pull data policy for government and the wider economy into one place, with the DCMS extending its influence when Theresa May was prime minister.

Although Johnson’s statement provided no further detail, the reversal is in line with the trend under his premiership – most clearly shown by giving Cummings oversight of the chancellor of the exchequer’s team – that has led to a greater concentration of direct power close to 10 Downing Street.

A possible consequence of the move could be the strengthening of the Government Digital Service (GDS), which had remained in the Cabinet Office, in its dealings with other Whitehall bodies. The perception that it is once again close to the centre of policy making on data issues will give it more weight in addressing any contentious issues.

It remains to be seen how the change will affect ongoing DCMS initiatives such as the development of its long awaited National Data Strategy and work on digital identities.