An EU-wide group has begun a survey on the potential uses for ‘smart lampposts’, and produced interim findings that point to enthusiasm for the development. 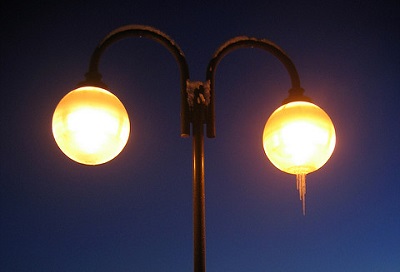 It is part of The Humble Lamppost project, run by European Innovation Partnership for Smart Cities & Communities (EIP-SCC) and aimed at upgrading 10 million lampposts across European cities as infrastructure assets.

EIP-SCC is running the survey until the end of August and intends to produce a report in September, looking at how cities are planning to develop new uses for lampposts as infrastructure assets.

Graham Colclough, one of the management team of the EIP Marketplace (a consortium that promotes take-up of its initiatives), told UKAuthority that a shift to smart lampposts is now seen as one of the quicker wins in the move to smart cities.

“The shift to LED (light emitting diode) lighting saves more than 50% on energy and operating costs, but that is less than the possibilities to use the lamppost for other, non-lighting purposes, such as electronic vehicle charging, environmental monitoring, connectivity for Wi-Fi and the internet of things, and traffic management.

“What is the market actually doing on such matters? How can cities move with knowledge and confidence? How can cities access financing and attractive deal terms to act at speed and scale?

“The EIP has launched The Humble Lamppost initiative to help. As part of this, a survey is underway to assess cities’ needs, plans and views, and the initial findings provide some highly useful insights. Greater levels of completion will provide further country and topic-specific insights.”

Interim findings show that most of the interested city authorities are still exploring the possibilities for smart lampposts, although some are running pilots and a few have reached procurement or implementation phases.

A majority of 83% want to develop smart lampposts compared with 17% looking only at the LED possibilities. There is also a strong majority of 67% saying that any data collected should be in public hands, with 25% preferring public-private partnerships and 8% wanting utilities to own and operate the assets.

Respondents have also identified a number of barriers to implementation, including: lack of a proven return on investment; the relatively high costs, especially where many lampposts are already equipped with LED lighting; uncertainty around which services should be included; and worries that some of the public will be suspicious about the monitoring functions of smart lampposts.

Some are also indicating that they want to see successful models in use that they can replicate before making a commitment.

The survey is part of the efforts of the EIP-SCC – which consists of governmental and industry representatives and is backed by the European Commission – to come up with new solutions for environmental, societal and health challenges. It helps to coordinate existing city initiatives and co-funds demonstration projects.

EIP-SCC is welcoming contributions to the five-minute survey, available here.