The Defence and Science Technology Laboratory (Dstl) has highlighted the proliferation of smart technologies in a new report on future cities. 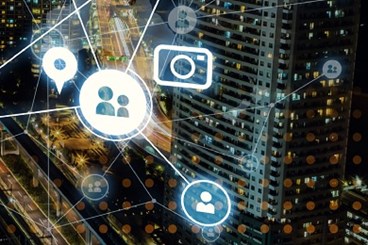 The Ministry of Defence agency has published The Future of Our Cities report as part of its effort to understand the environment in which the armed forces will have to operate, but also provided a perspective relevant to the public sector as a whole.

Although the report is not currently making the report publicly available, its contents have been outlined by IT industry association techUK, pointing to its examination of global trends such as the changing influence of technology in cities.

Tom Henderson, the smart cities programme manager for the association, highlighted the importance of a number of developments.

These include the increasing used of digital delivery and ride share apps, which could be exploited by military forces to gain an advantage in urban operations.

Digital footprints from people’s use of smart city infrastructure and social media will become increasingly important in providing information, and mobile applications on public services could be used to communicate with local populations.

In addition, building information management systems and digital twins could be used to map occurrences within buildings and urban spaces in real time.

Dstl’s announcement highlighted a section of the report saying: Routine online usage will no longer be confined to computers and phones. Other devices will increasingly be interconnected to one another through the internet of things.

A spokesperson for the agency said: “This report is vital for our MoD customers to understand the future of cities and how it will impact on their operational requirements and emerging doctrine.”