The Digital Catapult has set up a LoRoWAN (long range wide area network) for London to support the development of internet of things (IoT) applications, highlighting the potential for smart public services. 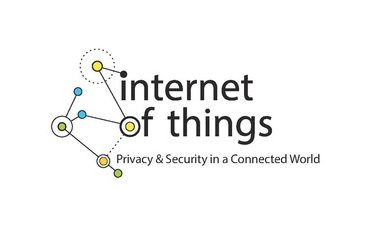 The organisation, which is backed by Innovate UK and supports the development of small digital businesses, has made the move as part of the Digital Catapult Things Connected programme, which provides a testbed to support evolving IoT technologies.

The LoRoWAN will initially be supported by 50 base stations around London and provides a low power infrastructure, which in turn can reduce the cost of running IoT applications. It is the largest of its type in the UK so far.

While the intention is primarily to support small companies in developing and testing applications, The Digital Catapult made it clear that they could make a significant contribution to public services, notably in areas such as traffic and transport, energy management and environmental sensing.

It has highlighted the potential to reduce the risk for road users, including cyclists, but connecting data from sensors around the capital. This could include football counts, crash-impact incidents from bike frame sensors, and traffic congestion feeds to help develop easier and safer journeys.

Alex Gluhak, chief technologist for IoT at the Digital Catapult, told UKAuthority that the LoRoWAN network is one of a number being developed around the world, and provides the potential to run IoT applications with lower power requirements and over a longer range than conventional networks. This could overcome some of the existing budgetary and power constraints on the relevant technologies.

“There is already a good number of base stations around central London and in the next three to four months it will be expanded, based on demand within the M25,” he said.

“We’re now putting out an open call to SMEs to register for the use of an application or an investigation, and hope to launch services as part of the programme at the beginning of next year.”

Caroline Gorski, head of IoT for the Digital Catapult, said the programme provides the largest use so far of a LoRoWAN in the UK.

“We are trying to create a place for businesses to experiment with use cases and take them to market more quickly,” she said. “We’re providing the connectivity infrastructure and innovation network.

“We’re not precluding ideas or requiring certain types of ideas.”

She added that, while the initial site is in London, there are hopes to roll it out more widely.

The IoT marketplace in the UK is estimated to be worth about £13.3 billion for this year and expected to rise to £20 billion by 2018.

Image from US Federal Trade Commission, public domain through Wikimedia.