The Defence Academy was hit by a significant cyber attack in March of last year, the officer in charge at the time has revealed. 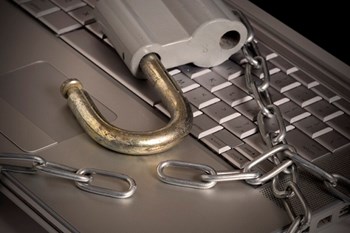 Air Marshal Edward Stringer, who has since retired, told Sky News that the academic body of the Ministry of Defence (MoD) has now accelerated plans to rebuild its network in response.

According to the report, contractors from Serco, which manages the academy’s IT infrastructure, noticed suspicious activity one weekend, realised there were external agents on the network and raised the alert.

Stringer said it is unclear where the attack came from, but that it could have been attempting to use the Defence Academy – which is based in Shrivenham, Oxfordshire and trains about 28,000 military and civilian personnel per year – as a back door to more secret parts of the MoD’s IT systems.

He added that there were significant consequences for the organisation, with IT staff having to find back-up ways to keep courses going and internet connections open, but that he was confident the attackers did not penetrate beyond the academy’s systems.

“The consequences for the operations were significant, but then manageable,” he said. “But only manageable because your people work incredibly hard to keep things going and find back-up methodologies.”

Stringer – who was also director general of joint force development – said it was not clear if the attack was launched by cyber criminals or hostile state actors.

The digital branch of the MoD has run an investigation into the attack, the findings of which have not been made public, and the National Cyber Security Centre was informed.

A spokesperson for the MoD told Sky News: “In March 2021 we were made aware of an incident impacting the Defence Academy IT infrastructure. We took swift action and there was no impact on the wider Ministry of Defence IT network. Teaching at the Defence Academy has continued."