Datavores march into the town hall

Feature: A report from innovation charity Nesta highlights the need for agile investment in data science and an ethical framework for machine learning in local government

It’s four years since Nesta came up with the term ‘datavore’, hinting at an amusing image with a serious intent – a hungry creature gobbling up data for analysis in the cause of improving a business.

Now the innovation charity has turned its attention to the subspecies that works in local government, and how councils can use data to achieve their strategic objectives. It is running a research project and has published the first report, Datavores of Local Government, conveying its perspective on how councils should be thinking of making more of their data.

Inevitably, there is plenty that has been talked about for some time. The five main trends in councils’ use of data will be familiar to most readers: analytics to predict events; integrating datasets for deep analysis; harnessing the outputs of internet of things devices to build smart places; geospatial analytics to improve services; and the growing interest in open data for transparency and for developers to create new products.

But it also points to a shift in the nature of local government, from service provision to an increased emphasis on providing information and commissioning, and an increase in the potential if data can be shared and linked across administrative boundaries. Both of these demand changes in their approach to several aspects of data, including its generation, storage and overall use.

The report’s author, Tom Symons (pictured), says one of the main issues is in retaining long term access to the data. 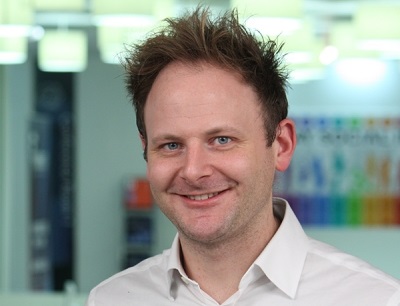 “There’s a need at the contracting point to make sure that the data produced by whoever provides the service is still a council asset that it can use,” he says. “Within that data is a lot of rich intelligence, and that would be an important asset for a local authority when thinking about whether to recommission a service and the opportunities to improve it.

“It would be an oversight for an authority not to include somewhere in the contract that, whoever owns the data, it should be able to access and use it.”

The report gets onto newer ground with its investigation of the potential for predictive algorithms and machine learning, which could be important tools in allocating increasingly scarce resources and dealing with more issues through prevention rather than reactions. Local government has run projects, but they have not disrupted existing approaches, and it is difficult to justify a shift in resources when councils don’t yet know what will work.

There is also a hazard in machine learning that could undermine its purpose: if it is not done properly it could entrench existing prejudices or biases into the computer code within the tools. For example, there have been complaints that predictive algorithms used in policing are akin to racial profiling. And code that underpins the analysis is not often transparent, which makes it hard to scrutinise the assumptions that lie within.

It throws up ethical factors that are likely to be more awkward than the technical aspects of predictive algorithms; but they have to be addressed if the public sector is going to use the approach. Senior officials have to face up to their own biases, and be ready to develop transparent ethical frameworks for the use of the technology.

Nesta has been exploring this area, publishing a series of blogs and running an event under the title Shadow of the Smart Machine.

This raised the need for “discrimination aware computing” and for transparency and accountability in how the data is used. It also pointed to an evolution in the laws around data protection and copyright, and a likely tension with proprietary and commercial interests.

The reports contains a prescriptive element with seven things councils can do to make more of their data. All have a degree of familiarity, but it amounts to solid advice that should provide tangible improvements:

If one of these stands out as a problem, it is the spending on data science. Given the tight restraints on councils’ finances, it can be difficult to make the case where the return on investment is not crystal clear. But Symons sees a solution.

“Local authorities should adopt an agile approach, whereby they don’t just want to see data more and hire a group of data scientists, but start by exploring the value and business case with small and simple pilots,” he says.

“Some of these may not involve investing in data science at all – they may find that existing teams of data analysts can provide some low hanging fruit – but as they take on each project and evaluate the impact, it can inform the business case for the next project.

“Ideally, by doing it in this way you would find that the data scientists could pay for themselves by the impact they have. But that’s something you prove by growing incrementally, getting bigger according to the success you’re having.

“Or you may find it doesn’t have an impact so you don’t invest money you can’t afford.”

Another problem is highlighted in the report, that councils often think of data in terms of performance indicators, which are viewed retrospectively and often fall short in being used for decision-making.

This needs the decision-makers to get an appetite for using the data, which is more likely if it appears relevant to everyday problems. It relates to the need for a problem oriented mindset which leaders should instil in an organisation.

Nesta is aiming to do something practical in its next steps, with plans for a further report focused on case studies for publication in the autumn, and further forward the development of tools to support councils, such as a data maturity framework. It also has a programme around offices of data analytics, a cause championed by its director of government innovation Eddie Copeland.

In approaching this, Symons says it is keeping in mind two big learnings from what it has done so far.

“If a local authority is serious about integrating data into its decision-making, or using it to generate efficiencies, the number one thing is to get the leadership to champion it from the top. Lots of the common challenges will be easier to overcome if you have the backing of senior leaders.

“Also, data for data’s sake isn’t useful. Local authorities should be disciplined in how they use data, with a problem oriented approach. They should identify the problem they want to solve and ask how they could use data to solve it.

“Going at it from that approach is much more valuable than just doing a lot of analysis to see what comes out the other side.”