Four years since its foundation DAFNI has begun to broaden its sights from providing a service for big strategic operations and academic researchers to a wider range of bodies from central and local government. 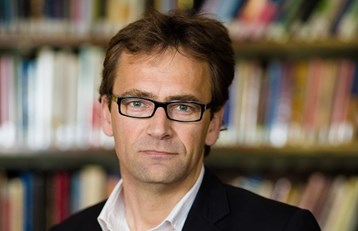 It received a fresh £1.2 million funding boost earlier this year, set to run until March 2023, and Professor Jim Hall, chair of its governance board, says its work is likely to include an increasing focus on environmental issues and supporting the use of digital twins.

Full name the Data and Analytics Facility for National Infrastructure, it provides a computational platform supporting analytics and data science capabilities for the development of the UK’s national infrastructure and is managed by scientific computing department of the Science and Technology Facilities Council (STFC).

Halll, who has been involved from its inception, says the hardware is in place at the central facility at Harwell, Oxfordshire and its partner universities – which can access the computational capability of the main site – and that the software platform has been developed into an operational system to support an increasing number of users.

“Any researcher can register on the DAFNI website to access the system to upload models and data, run simulations and visualise things,” he says.

“It’s not finished and probably it never will, but we’re into an operational mode and it will continue to be upgraded.”

In addition, it’s storage capacity has increased from 300 TB three years ago to 1 PB now and still growing, and there is a visualisation suite at Harwell with a wall of screens to enable people to examine simulation results as a group.

Hall adds: “One of the main benefits of DAFNI is on the interface between research and practice. There’s a significant gulf between building a model in a university and getting it to a level of usability, reliability and quality assurance required for using to make decisions in anger.

“DAFNI helps to bridge that gap because once a model is wrapped and uploaded it is much easier for people to use without the model developers having to hold their hands. It is repeatable and all the data and visualisations are archived.”

It is free to use for researchers in universities, government and utilities and some pilot level projects have run without charge, but there is a rate for operational activities that Hall says is on a par with commercial cloud services.

He says that DAFNI has so far contributed to a couple of major research projects. One is OpenCLIM (Open Climate Impact Modelling Framework), aimed at developing a continual capability to model climate risk in the UK and provide a current picture rather than the climate change risk assessments required every five years by the Climate Change Act.

“Every time they have had to do more flood, resources and agricultural modelling, so they’ve began to see the need for an ongoing capability. This is a big integrated data modelling exercise where you use the scenarios for a number of purposes and look at the impact on people and the economy.

“The OpenCLIM project is trying to build that into an ongoing system and flexible framework that can be used not just for the CCRAs but whenever people in government have questions about climate change. And as new data models they can be slotted into the framework.”

The second project is focused on greening finance and investment, making climate science available to the finance sector. DAFNI is being used as a core platform, along with the JASMIN environmental datastore, for the initiative.

Discussions are ongoing with the Ministry for Housing, Communities and Local Government (MHCLG) on developing a spatial scenario model for the Oxford-Cambridge Arc. This will look at possible patterns of urban development to inform the discussion on the Arc’s spatial framework, which has been out for consultation.

“The attraction of doing that in a computer based way is that you can create lots of scenarios that people can scrutinise and ask questions about and why the development should take place in one place rather than another,” Hall says. “That will be a very interesting use of DAFNI.”

It also has plenty of potential in supporting the use of digital twins – real time digital counterparts of places, objects or processes – with one test for a transport related project having taken place.

“A large part of the extra funding we have is to demonstrate DAFNI’s capability as a platform for infrastructure related digital twins. We’ve been working closely with the Centre for Digital Built Britain and its Digital Twin Hub, which have been working on an information management framework for digital twins.

“DAFNI is in a position to become the computational platform for digital twinning. Using the platform for that will make life a lot easier for local authorities and utilities. They might get very excited at the concept but are often a very long way from having the capabilities to build digital twins.”

Hall says that tests have taken place on the real time data ingest – an essential element of a digital twin – and that there is a need for some more work on the software to handle multiple data streams.

When it comes to signs of the platform being used for new purposes, he refers to post-Covid patterns of mobility and transport, and how they are balanced with digital connectivity. This reflects challenges to old assumptions around transport modelling because of changing patterns of work and behaviour.

He also points to work around how energy and transport systems and housing relate to the targets for net zero carbon emissions.

“It can provide those systems modelling insights to navigate halfway towards net zero,” he says.

“There’s also continuing emphasis on resilience. A lot of the research we do is related to climate related shocks to infrastructure networks and how failures might propagate through those networks.

“And there’s a lot of interest in nature recovery and biodiversity, and how we can achieve the Government’s 25 Year Environment Plan goals alongside goals to upgrade infrastructure.

In addition: “There is clearly a motivation within MHCLG around modernising approaches to planning and a more data based and publicly accessible version of the planning system. The system currently boils down to people being able to download PDF documents, and there is an ambition within MHCLG to make much more geospatial data available and interactive.

“So part of the conversation we have with it is could we be a pilot for some of the ambition for how the planning system might work in the future.”

There has also been interest from overseas, notably through international bodies such as the World Bank and Organisation for Economic Co-operation and Development, and collaboration with the Global Commission on Adaptation, the Coalition for Disaster Resilient Infrastructure and the Coalition for Climate Resilient Investments. Some of the work will be showcased at the COP 26 event in Glasgow in November.

“These are research projects that either are or will be DAFNI enabled,” Hall says.

But he comes back to stating that there is scope to do a lot more with local authorities, providing a capacity that they struggle to build in-house - although DAFNI is keen to operate as a regular service provider and reluctant to get involved in competitive tendering.

“It’s a different way of working, partnering to build an analytical capabilitiy,” he says. “But I know in a couple of instances local authorities have struggled to factor that into the way they tend to commission modelling and advisory.”

It may limit the scope for providing a service to some authorities, but with data science skills in short supply, the increasing interest in digital twins and the need for large computing capacity there is a prospect of DAFNI becoming a feature in local and central government’s more ambitious data initiatives.