Croydon Council has switched its website to run on the open source codebase of the LocalGov Drupal publishing platform. 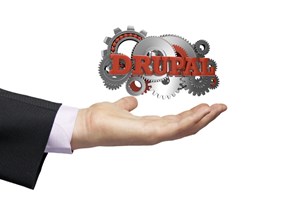 The move marks a significant stage in the project to develop the platform, which was funded with £75,000 from the Ministry of Housing, Communities and Local Government’s Local Digital Fund.

Tom Steel from the Croydon Digital Service reported on the step, taken in mid-December, in a blogpost, saying it marks a milestone in code sharing between local authorities and has given the council access to a number of new features. These include a drag and drop page builder for subsites, a single media for images and documents and the capacity to set items to appear in more than one directory.

“With development in-house and shared across councils, this has already saved Croydon loads of money and will continue to do so,” Steel said. “It also gives us more control over our websites, so we can make continuous, iterative improvements that put residents first.”

LocalGov Drupal uses the open source content management system and has been developed by a number of local authorities and Drupal developers. Five other councils are now using the code base: Bracknell Forest, Brighton and Hove, Lambeth, Waltham Forest and Westminster.

The project followed Croydon’s move in 2019 to redesign its website on a platform originally developed for Brighton and Hove. It has also led to the launch of the LocalGov Drupal website for local authorities.