HM Courts and Tribunals Service (HMCTS) has announced an investment of up to £6 million in new software for the listing and scheduling of cases.

It has appointed McGirr Technologies, an Australian based specialist in the field, to provide the software.

This is aimed at improving the quality of the service for the public and legal professionals, supporting the better use of spaces, reducing the administrative burden on staff and providing greater confidence that hearings will proceed when scheduled.

The contract with the company is initially for two years with a value of £3.2 million, but includes an option for a two-year extension that could take the figure to £6 million.

HMCTS said it will begin tests and installation of the new listing and scheduling system in a small number of courts of the next nine months, after which it will set out plans for a national roll out.

Scheduling and listing are currently managed through a number of systems, ranging from paper files to tools in Outlook calendars. HMCTS said the new software will improve the quality of service, helping to reduce administrative tasks and making the timing of hearings more reliable. 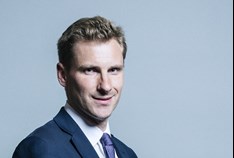 Courts Minister Chris Philip MP (pictured) said: “This is a significant step towards achieving our goal of bringing the courts and tribunal service into the 21st century.

“Listing administration can take up a huge amount of time for our hardworking staff and this investment will support them to focus on important work helping all court and tribunal users.”

The move is part of the courts reform programme and follows the introduction of new online services for divorce, probate, civil money claims and social security appeals.

This also involves the Common Platform programme for a new in-court system to record the results of cases, and a pilot of a new system to share information on criminal cases between courts, lawyers, the Crown Prosecution Service and the police.