Tests of a new digital case management system for criminal courts are set to begin in September. 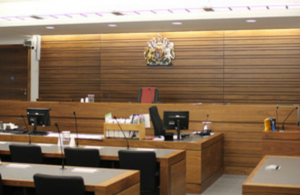 HM Courts and Tribunals Service (HMCTS) has announced that the Common Platform will go into use at a few early adopted courts with a plan for a wider roll out through England and Wales over the following 12 months.

The system will make all information about a case, such as charges, evidence and results, accessible digitally to all parties. Access will be controlled to make sure each participant only sees the information appropriate to them.

HMCTS said the system will eventually replace a number of existing software applications, including Libra, XHIBIT, Bench, Court Store and Digital Mark-Up, and will cut down the need for paper documents.

Amanda Lowndes, Midlands head of crime, commented: “We are pleased to have been chosen as the first of the early adopter courts to test the Common Platform digital product: it shows the confidence placed in us that we can successfully rise to the challenge in these uncertain times. I’d like to thank everyone involved for their hard work and the commitment they have shown to supporting the testing of this new digital platform.

“I’m confident that by providing all the criminal case information in one place, and in a digital format, the Common Platform will help us support all organisations in the criminal justice system.

“It will help us to work more effectively together, reduce delays and make evidence sharing easier. We’re very keen to work with our judges and others to test this digital product in our court.”