Councils to back connectivity boost for Swansea Bay 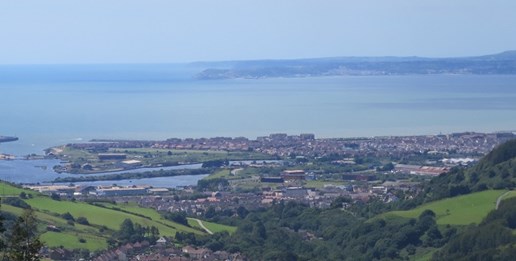 The Digital Infrastructure project, part-funded by the Swansea Bay City Deal, is subject to approval by the council and those for Swansea and Neath Port Talbot. It has already been approved by Pembrokeshire Council.

The deal will then go to the Swansea Bay City Deal’s joint committee, the UK Government and Welsh Government.

The Swansea Bay City Deal is expected to provide £25 million, with the remaining money to come from the public and private sectors, and is projected to be worth £318 million to the regional economy over the next 15 years.

Councillor Emlyn Dole, leader of Carmarthenshire County Council, said: “Research shows the quality of digital connectivity in many parts of Wales is lagging behind the rest of the UK, so the Digital Infrastructure project will help close that gap while future proofing our economy for decades to come.

“A huge amount of work has taken place behind the scenes on the project’s business case for many months, so it’s very satisfying that we’re now at a stage where we’re seeking regional local authority approvals prior to the project’s consideration at the City Deal’s joint committee.”

He added: “High quality digital infrastructure throughout South West Wales will give regional businesses the digital foundations they need to thrive, while also attracting inward investment and well paid jobs.

“Residents will also benefit from this project, with its rural element aimed at providing far better broadband services to underserved communities.”