City of York has big plans for LoRaWAN and IoT

Interview: The council’s head of ICT Roy Grant talks about its plans to use the internet of things for smarter transport and better public housing – and makes a case for councils to share more on their experiences with the technology

Roy Grant is a big advocate for LoRaWAN. He sees a lot of scope for utilising the networks – which run on unlicensed low frequency radio bands and enable long range transmissions with low power consumption – in building smart city solutions and extending them into rural areas.

As head of ICT at City of York Council – a role he also holds for Harrogate Borough Council – he has already made a significant commitment to the technology. York has begun to deploy a LoRa wide area network to support the use of internet of things (IoT) technology around the city under a deal with its managed service provider Pinacl Solutions. 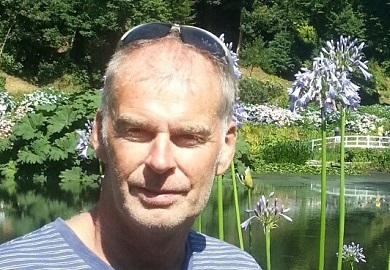 “The big advantages in LoRa are the lower power requirements, and it’s so agile,” he says. “The fact that you can lift and shift these things, as long as they are in range of the base stations, is the beauty.

“We can throw access points up overnight and, because they are not permanent, you can strap them to anything. The agility of a LoRaWAN platform is very refreshing.

“Because it is a maturing market the sensors and their uses are going to develop, and the market opportunity for people who provide the technology will grow very quickly. In the past few months we’ve seen a change in the quality and adaptability of sensors.

“I think we’re at a tipping point where it’s beginning to become mainstream and should be part of our default thinking as authorities and providers of housing. In the residential space it seems to have stuck and it should be moved into our thinking.”

The initial investment came from a successful submission to the Department for Transport for funds to develop an “intelligent corridor” to monitor traffic and relevant activities along the five main roads into the city. York already has a dark fibre network – using cable not take up by network service providers – that has provided some scope for harnessing the IoT, but the LoRaWAN will give it a much stronger infrastructure.

“We’ve got five park and ride corridors with full fibre networks and have free WiFi on them as part of the DCMS  (Department for Digital, Culture, Media and Sport) programme from years ago,” Grant says.

“The beauty for us is we have the connectivity in place. We can then make use of any money from the DfT or DCMS for the tech for the glue between the infrastructure, the street assets and outcome dashboard.

“Our expectation is that we get this one corridor right, go back to DfT and see what money is available for the others.”

Grant says the size of the city is ideal for the deployment of the infrastructure, being relatively small but allowing for an extension into surrounding areas along the main roads. It also helps that the council is a unitary and owns its own street furniture.

It has an ambition for York to be the first smart transport city in the UK and is aiming to achieve this through its Smart Travel Evolution Programme (STEP). This involves harnessing the new data sources the network will make available, such as imaged based calibration, on-vehicle CCTV analytics, light detection and ranging (LiDAR) and real time based data.

The data can then be used in resolving various policy challenges, including making the road network more efficient, managing congestion, reducing vehicle emissions, preparing for connected autonomous vehicles and better land use planning.

The programme envisages that a data platform layer will collect, store and apply some basic processing to the data, then a modelling layer will make it possible to run city-wide models at varying scales in near real time. A third, decision making layer can provide better real time management of the transport network and support the implementation of policies.

Underlying this is an effort to extend the IP connectivity of the main road network using wireless technologies, which is where the LoRaWAN can play a big role, and installing the sensors which, as Grant points out, are improving in quality.

The council is also taking steps to harness the LoRaWAN in social housing. The first efforts are being made in council houses in the north of the city, where a natural bowl makes homes susceptible to damp.

Combinations of single-function sensors are being installed to monitor CO2, temperature and humidity levels, and the fact they are running on a LoRaWAN makes them easy and cost-effective to deploy, without significant disruption to the tenant.

“It’s in council housing, but part of the phased deployment is to talk to local housing associations,” Grant says. “We’re picking up what’s happening in other parts of the country, where it seems to be some of the housing associations that are running with this more than local government.”

He adds: “There will be other parts of the city with different challenges, but we started there so will feed into our future housing spec.

“The base station we have managed to get will probably cover the majority of York as we have some high vantage points. York is quite a tight unitary and we don’t need a dense mesh.

“It’s very embryonic. Collectively we’re missing some of a golden opportunity. There are some cities that have the smart badge, but when you dig in underneath you can’t really feel there are differences from a service or customer point of view, and that’s what we want to drag out some really tangible benefits and outputs that we can learn from and share.”

While the LoRaWAN is a big factor in plans to harness the IoT, York is already benefitting from a strong fibre infrastructure.

“Currently there is 27-28% fibre penetration, and by 2019 we’ll have just south of 80% of York premises with access to a full fibre footprint,” Grant says. “The city needs to harness that potential, and we’re introducing the different layers of tech connectivity.

“It doesn’t all need a good fibre footprint or good 4G or 5G, but if we get all those layers in place it’s about ‘Why can’t we do this?’ rather than being restricted.”

This is an asset on which the council can draw for other digital initiatives. While it is placing a strong emphasis on transport, it is also working on boosting digital skills inside the organisation and around the city.

“It’s supporting the local economy and growth, bringing digital skillsets to people within the organisation and across the council, and working with people like the Joseph Rowntree Trust,” Grant says.

“And the third element is trying to attract and retain different types of employment, particularly in the tech industry. We’re trying to run code clubs and classes for other digital skills in all of our schools and for adults, with a view that we will have that code opportunity run by volunteers but with us as a broker and coordinator and giving something to the local community.”

But if one thing distinguishes City of York from many councils it is that strong emphasis in its forward thinking on harnessing the IoT. It has highlighted this in its engagements with suppliers as it looks for a strategic technology partner, which it wants to help deliver smart applications and extend activities in the field.

Grant is also keen to ensure it does not work in isolation from other councils. He says it will be ready to share as it learns from the early deployments, and makes a case for a platform on which authorities can share what they do with smart applications.

“As soon as we get some feedback in the next few months into our dashboard I’m happy to share it,” he says.

“Every city is talking about it and many are doing something. What we should be doing is creating a sharing platform so authorities can put up good practice, lessons learned and things to watch in this smart IoT space. We’ve all got similar challenges but I guess we’ve got different start points.

“There seems to be some consensus on how we can put this into an open market that local authorities and others can feed into, without suppliers thinking it is a cash cow opportunity. We do need everyone’s input, thinking and insight. It’s how we get into that collective space to deliver some of the lessons and create quick wins for other authorities coming into the space a little later.”