Interview: Stephen Moir and Cammy Day explain why the council has extended its ICT services contract and outline its smart city plans

City of Edinburgh Council must have raised a few eyebrows recently when it committed in advance to add six years to its ICT services contract with CGI, taking the deal to 2029.

It goes against a widely held view that such long term agreements can restrain a public authority’s scope to innovate and prevent it from getting best value for money.

But speaking to UKAuthority, the council’s director of resources Stephen Moir and deputy leader Cammy Day are confident that it is the right move.

They point to achievements in internal transformation since the contract was first agreed in 2016, including the delivery of a new customer relationship management system, an upgrade in the council website to prompt a big shift towards online transactions, and the introduction of chatbots to its contact centre. Now they believe there is an opportunity to make Edinburgh a leading smart city.

“We’re very conscious the extension gives us certainty, stability and the opportunity to work with CGI as a partner,” Moir (pictured left) says. They are a global organisation and have knowledge we can learn from. The work they have done has significantly improved how we work and we can continue to build on that.

“If we hadn’t gone for the extension we would have been talking about procurement again, which usually involves a two-year run-in and significant costs for the council, but by continuing to work with somebody we know within a contract that was already there for a term of up to 19 years – this is only the first extension and will start in 2023 – we think it gives us more stability and certainty.

He adds that CGI will still have to come in with the best value and show it can meet the council’s needs in individual initiatives, but also that the contract provides scope for a further extension.

The agreement is taking on a new dimension. While talk around the original contract focused on internal operations and building a new self-service platform, the council has become more ambitious to build a smart city.

It has been active in the Scottish Cities Alliance for several years, with projects to build up a quarter for biosciences, a business hub in the west of the city and to build up the University of Edinburgh estate. It has also installed a free public Wi-Fi service around the centre, developed a GPS network to support its vehicle fleet, upgraded streetlights with LED and supported the installation of infrastructure for 5G.

Now it is working with CGI on plans for a network of sensors and internet of things (IoT) platform to pull together data for intelligence based responses to a range of issues. Moir refers to the potential to use this in the management of events, space and traffic, and to support the commitment to become a carbon net zero city by 2030. 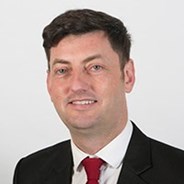 It also has ambitions for a digital CCTV network. Day (pictured left) says: “I want to see us having a fully integrated CCTV system that works with police, bus companies and roads network through the operations centre.

“We need to see other bodies in the NHS and universities come together for a smart city centre in the heart of Scotland. That is down the line and will require quite a bit of capital investment, but over the past six months it’s been accepted that technology has a huge part to play in what we do.”

This is a major element of the extension with CGI – to build a smart city operations centre to coordinate a lot of activities, and which would handle a wider range of data than those that have already been built for UK cities. Day talks of this serving the council, police, NHS, universities, utilities providers and others. with services that could be offered to public authorities outside Edinburgh.

He adds that there is an aim to spread the cost of investment, and that it could contribute to boosting the growth of tech businesses in the city.

“By us signalling a commitment to a smart city operations centre it will start bringing in other technology companies. I see it as a breeding ground for technology and jobs.”

As yet there is no target date for it to go live, but a business case is being worked up, as Moir explains.

“Obviously we’re looking at the financial outlay from a capital and revenue perspective, and the engagement with other partners and the private sector is key for us.

“We have a sense of what the cost might be, but rather than commit to full council funding for that we would rather build a coalition around it and see if it works in a joint sense for a number of people. The obvious ones for us would be to bring some of the utility providers into there.

“The classic smart city piece would have the real time data flows from transport, utilities, policing and health all consolidated into one centre, so you can do more effective management of service provision and help people move around the city more effectively.”

All of this has gone into a strategy that is currently going through the council’s committee process, with Day taking the lead on presenting the plans. It is notable that, while the Scottish Government has provided support for smart cities plans with the development of a long range wide area network (LoRaWAN) and a procurement framework for IoT technology, Moir says the council is planning to make a priority of drawing on the contract with CGI.

“We work quite closely with Scotland Excel and where we think the frameworks will be beneficial for Edinburgh we take the opportunity to draw down from them,” he says. “For the IoT platform we’ve made arrangements from our current provision from CGI, so there’s not an immediate drawdown from Scotland Excel, but we’ll continue to keep an eye on it.”

The other big question is how the Covid-19 pandemic may have affected thinking around Edinburgh’s plans. It achieved a major shift to remote working, supported by an accelerated roll out of Microsoft Teams, which is also used by community police officers, and Day says many council staff are now a lot more interested in what other digital tools can offer.

“Now it’s at the forefront of everything we’re doing,” he says. “People want to know how it all works, then we start talking about how people and communities can use ICT to get better services and learn easier.”

The council also launched a notable initiative in June with an online platform for suggestions for new walking and cycling routes to preserve social distancing. Issues around public space are likely to feed into future plans, but Day and Moir emphasise that the three overarching priorities – to reduce poverty, support sustainability and improve public wellbeing – will remain in place.

“I don’t think the pandemic will change any of those, and actually brings them into sharper focus,” Moir says. “If you look at the impact the pandemic will have on jobs, the economy, standards of living, mental health and wellbeing issues, from our perspective the priorities are absolutely the right thing to focus on.”

Day concurs, and reiterates that the smart city plans go hand-in-hand with efforts to build up the technology sector in Edinburgh.

“There are a number of brilliant pieces of work happening, and we need to get on with it and talk about the city so more and more people will want to hear about what we are doing and bring people to the city who can invest in technology.”