Regional leaders in England must act now to take an opportunity to close the digital divide, according to a new report from social change charity Good Things Foundation and Capita. 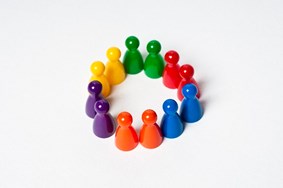 According to Ofcom figures, at least 1.5 million households in the UK lack internet access at home - while 14.9 million people have very low levels of digital engagement according to the Lloyds Consumer Digital Index (CDI) 2021.

Levels of internet use vary from region to region. The new report - Digital Inclusion: A Roadmap for Combined Authorities - argues it is possible for leaders to shift the dial on regional digital inequality.

It highlights that the Midlands and Yorkshire and the Humber made big leaps in usage since 2020, according to Lloyds CDI 2021 data.

The roadmap also highlights that over two-thirds of people would improve their digital skills - if they knew there was support available to help them if they needed it.

The report is aimed at starting new conversations at a regional level on how to integrate digital inclusion into wider strategy and policy.

The roadmap provides practical ideas for those charged with developing digital inclusion strategies. It sets out the case for action by combined authorities in England - inspired by what has been happening in the West Midlands and Greater Manchester.

It also builds on the actions of hundreds of digital inclusion champions across the country.

Helen Milner, group chief executive of Good Things Foundation, said: “Combined authorities - with their unique role and reach - have the chance to prevent the digital divide widening and deepening.

“As a society, we’re leaving too many people behind, without the device, data or basic skills needed for an increasingly digital world. We have an opportunity, right now, to be truly ambitious when it comes to achieving 100% digital inclusion. Let’s make sure we work together and take it.”