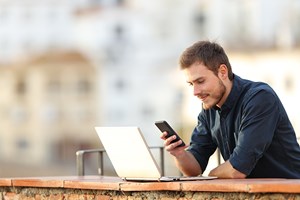 CCS estimates its new Mobile Voice and Data Services agreement will be worth £650 million over four years, made up of an initial three years and an optional one year extension, according to a prior information notice.

It plans to divide the agreement into three lots. The primary lot would cover voice and data services including airtime, hardware and supporting services such as mobile device management and security. The second would establish services allowing analysis of usage and recommendations on tariffs and suppliers. A third would cover professional support in areas such as integration, strategy, implementation and security.

CCS said that the structure of the lots will be decided following market engagement, with free online sessions for potential suppliers planned for the mornings of 24 and 25 May. It also said it intended to hold individual online meetings during May in advance of publishing a contract notice in October.

The organisation already provides mobile voice and data services through lot 6 of its Network Services 2 agreement, which has 16 suppliers and ends in August 2022.