The digital shared care record for Hampshire and the Isle of Wight is being extended to care homes in the county. 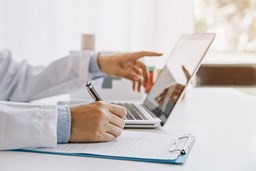 This follows the recent migration of the record, named the Care and Health Information Exchange (CHIE), to an Orion Health system and its usage for viewing 130,000 patient records during June.

The company said one of the first developments since the migration will be extending the use of CHIE to care homes to give health and social care professionals more information about residents out-of-hours or in an emergency.

There are also plans to develop interoperability with the Dorset Care Record under the Wessex Care Record partnership.

Ben Panton, programme manager at South Central and West, the NHS support and transformation service that supports CHIE for the Hampshire and Isle of Wight Integrated Care System, said there are also plans to bring in more data, increase the number of users and improve the product.

CHIE was originally created in the early 2000s and has developed organically over 17 years with the addition of new partners, data feeds and functionality. The transition to Orion Health began in 2018.