Feature: One of the Government’s ‘champion’ projects is now providing the scope for the proactive use of data from a range of local sources

Hailed last year as an open data ‘champion’ by former Cabinet Office Minister Francis Maude, Cambridgeshire County Council’s Cambridgeshire Insight is a shared research knowledge base that allows a network of over 20 public and third sector partners to publish data useful for both each other and the public. 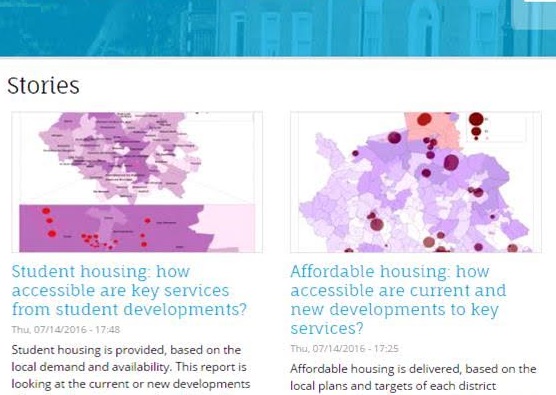 What does being an open data local government champion look like on the ground? Given that this is an initiative that’s now been active for over two years, it seems timely to go and ask.

The short answer, according to Michael Soper, who heads up all research work by the county council, is rather simple.

“In the past, even two years back, people like me sat in the middle of the county council and worked with data in a rather privileged way,” he says. “We were doing important work, like working out how many school places the county would need, by looking at a spread of relevant data, from planning to school building targets to NHS data on how many nought to four year-olds are coming through.

“Not all of that information was always available to us inside the council, but a lot of it was, and coordinating it all was definitely seen as our team’s responsibility.

“But now – driven by resource issues as much as our commitment to openness – that work has been put outside the county council, into the public domain. As a result, our job is becoming increasingly about enabling others to access this data and collaborate; so we’re less data controllers here now than data enablers.”

Soper and his council colleague Hendrik Grothuis, research manager for innovation and the main administrator of the portal, portray the Insight site as an efficient and easy way for those 20-plus partners to access data and share intelligence.

But put like that it can sound a bit passive – open data as just a place to dump a lot of spreadsheets. Actually, there’s a lot more to it than that, and interesting, smart city and IoT-shaped straws are in the wind to make Insight way more proactive.

First, let’s dig down into what that description is meant to convey. For a start, who is in that network?

Quite a lot of stakeholders have committed to publishing their information on the site. They range from public sector teams – like the council’s own public health intelligence team, as well as the Cambridgeshire and Peterborough Joint Strategic Planning Unit and the Cambridgeshire County Council Research Group – to other parties such as the Cambridge Council for Voluntary Service, the Cambridge Sub-Regional Housing Board and Cambridge Citizens Advice Bureau, among others.

In terms of the mechanics of making all this happen, on the governance side Insights is managed by an overall federated steering group and a specific author’s group, which meets regularly to share best practice and new ideas on how to make the data ever more useful, says Soper.

As for the technical side, Grothius says that an early decision to only work with open source – with Drupal as the sole content management system engine and the DKAN data management system – keeps the back end operation and extension of the site as simple as possible.

“A partner can send us a flat web page, a CVS or Excel file, whatever, and with our APIs we can quickly publish their work,” he told UKAuthority.

Next up, what exactly are these partners pushing out on the platform? The site contains local socio-demographic and economic data, as well as a purpose-built data visualisation tool, the Cambridgeshire Atlases, which helps visitors and data users view a set of interactive atlases, download area profiles or investigate key indicators.

In terms of specifics, Soper and Grothius split it into two. One is a repository of, no surprise, over 100 datasets.

How does that work in practice? Soper takes us through a real example, recent work on the council’s child poverty strategy.

“Previous to Insights being online, I’d have assembled an editorial team internally and given them access to data, which would have taken a lot of time and resource,” he says. “Now, with so much of the stuff already out there, three quarters of that initial work is already ‘done’ and accessible – as it is for any of the partners, as much as it is for the council .”

There’s also something that they say took plenty of behind the scenes work to get going – a set of what they call ‘stories’, or rather blogs, from the data publishers, which they see as providing “context to how our data is and can be used in our work and to help people understand the context of local data”.

“In the past, people just collected data. With the stories, we’re now asking them to explain the context and rationale of why they did that – to encourage them to explain what it actually signifies and means,” he says.

The pair say the blogs are proving to be very effective at fostering greater exploitation and work with the data, but getting data owners to feel confident about doing so was probably the biggest change/cultural management issue the team has so far faced.

“It’s gone from ‘I know best, I’ll write an internal report on this,’ to ‘I will write something to explain to partners, stakeholders and the public what this data is all about’,” says Soper.

We can safely say that Insights is a lot more than a passive publishing repository; a lot of active work gets generated off it and across teams, and it can be used in a very proactive manner.

“What we’re really moving to is data driven policy,” says Soper. “That’s better for people looking for project funding, if they can point to specifics and benefits, but more importantly, for service users, too.

“As we get to more real time loading of data, you can easily imagine open data playing a big part in a dialogue between the public and us about traffic, as an example. There’s a lot of debate about big infrastructure work around transport and the flow of buses into the city centres.

“In parallel with smart city work by people like our partners Connecting Cambridgeshire are doing, I can see data going on here that details very specific benefits from such work. In other words, the sceptical bus user can – and I think, should – be able to look at public data and say, ‘You spent all that money on these new bus routes and there was all that disruption while you did it; OK, then, is my bus actually running any better or not?’

“Answers like that can only come from real time, public data being properly shared and made open, which is the role I see things like Cambridgeshire Insight playing more and more in all our futures.”