British Transport Police (BTP) is aiming to reshape its data architecture to make it easier to link up digital systems. 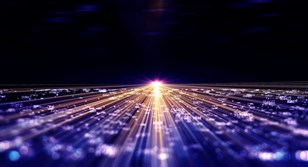 It has indicated that it is looking for a supplier to carry out an extensive review and provide recommendations on a new architecture to support its data, applications and technology function.

According to the market notice, BTP has several core data sources with many running on different technology systems, which is resulting in its data being stored in different databases and making it difficult to link information from various systems.

It also lacks one data layer and a data map, which hinders efforts for reporting and obtaining business insights. It cites the example of needing to join HR, incident and crime data together within time and space to identify the productivity of police officers.

It says the correct infrastructure would make this a seamless process, which would be a significant step in its core data strategy.

The force already provides a Stats and data service, including crime maps and statistics on where crime is taking place on the rail network.