The Department for Business, Energy and Industrial Strategy (BEIS) has announced a review into the Post Office’s controversial Horizon IT system. 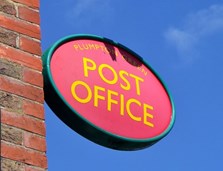 It follows a long running dispute in which the system was blamed for providing wrongful evidence of malpractice against a large number postmasters around the UK.

In December 2019 the Post Office reached a settlement of £57.5 million to conclude a civil court case brought against by a group of postmasters.

The BEIS review will look into whether the Post Office has learned the necessary lessons from the dispute and provide an independent assessment of its work to rebuild its relationship with postmasters.

Small Business and Postal Affairs Minister Paul Scully said: “The Horizon dispute and court case has had a devastating impact on the lives of many postmasters, and I have been deeply moved by the individual stories of those I have spoken to.

“It is so important that a case like this can never happen again. That is why this Government is committed to establishing an independent review to ensure that lessons have been learned, and that concrete changes have taken place at Post Office Ltd.

“We are keen to see the review launch as soon as possible, and the publication of draft terms of reference today is an important step toward this.”

He added that the Post Office has admitted it got things wrong in relation to the Horizon case and has apologised.

The move follows the launch of an inquiry by Parliament’s BEIS Committee into the Horizon affair, which involved hundreds of sub-postmasters being accused of fraud, going back to the late 2000s, deriving from malfunctions in Horizon. This led to criminal prosecutions of some of those accused.

Image by grassrootsgroundswell, CC BY 2.0