An ‘alive document’ for digital in Greenwich

Interview: Kit Collingwood, digital lead for the London borough, talks about the thinking behind and early progress on its recently published strategy 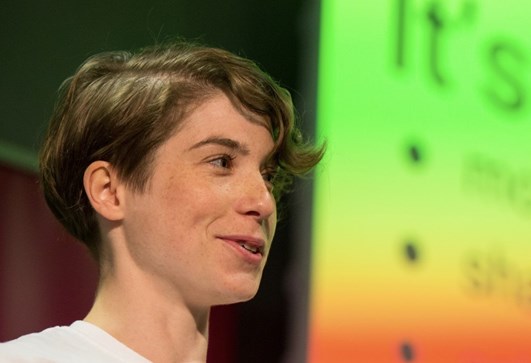 Living in the borough had a lot to do with Kit Collingwood becoming the digital lead for Greenwich Council early last year.

“I had been in central government doing digital stuff for seven years and was aware that local government had not gone through some of the same transformational stuff,” she says. “So in looking for a new challenge this seemed like an obvious one and it was a bonus that the job came up.”

It was a significant challenge for the veteran of stints with the Department for Work and Pensions, Ministry of Justice and Office of the Public Guardian. Collingwood – whose official title at Greenwich is assistant director, digital and customer services – says the council was “pre-transformation” when she joined, with a culture of office working, an antiquated legacy estate and digital services that were not designed as end-to-end processes.

Covid-19 triggered a rapid shift towards home working – a demand that took up most of her time in the early months – but she then faced up to the long term in producing the council’s first digital strategy.

It includes six themes: building ‘online by default’ services for residents with support for those who need it; giving its staff the tools they need to do their jobs; getting better with data; making infrastructure and systems more modern, secure and interoperable; building digital capability; and supporting innovation across the borough.

Overall it is prescriptive in the approach to be taken but not in the choices of technology, and Collingwood says this is about flexibility for the long term.

“There are some things which I’m quite rigid about it. I’m convinced we will move all our major services into the cloud, but I don’t say which end or anything because that’s all open.

“Then there are things like common components and using existing platforms where we can set enough of an intent while giving us space to experiment with the hundreds of types of technology that fit into that.”

This has been accompanied by drawing up a 12-month digital roadmap for all of the council’s major services – including housing, social care, corporate finance and street services – and plans within each of the workstreams, but Collingwood is cautious about trying to look too far ahead.

“For two years I’m less clear, but I’m comfortable with that as we’ll learn so much in the first year that if I tried to speculate it wouldn’t be worth the paper it was written on.”

It also notable that the document has been written with the aim of making it relevant not just to the council’s staff, but elected members and the public.

“Hopefully that gives us a chance to tell the same story regardless of the audience,” she says. “I hope some of our residents and the members read it and they believe in what it says.

“Certainly with the staff who have read it there seems to be a thumbs up. I think that’s because it’s largely common sense and doesn’t attempt to be too whizzy.”

Some early steps have been taken in implementing the strategy, including one significant technology choice: Greenwich has signed to use the cloud based Digital Place platform for developing services, reflecting the ambition to accelerate their delivery.

Collingwood has begun to look at increasing the use of cloud services, but believes some operations will continue to use on-premise data hosting or the council’s arrangement with a data centre for some time.

She has also identified the need for a data lake, talking of it as a series of environments to combine data and analyse the performance of specific services. This will be accompanied by building up the data team, with the prospect of about a dozen hires to get it to full strength.

There has been progress in building the digital capability, with the creation of the core for cross-functional teams with specialists in software development, user research and product management to work with people from the service lines. Collingwood says there is an enthusiasm among the service teams for combining their operational knowledge with the skills the digital team can provide to modernise services.

The strategy also includes a commitment to a digital apprenticeship programme. Greenwich has four – focused on software development, application support and project management – with an ambition to treble the number. Collingwood says a priority for 2021-22 is to get a structure programme in place, and cement relationships with local schools and colleges – although she says it is not all about youngsters.

“We’ve had a couple of apprentices who are older and that’s nice to see. We’ll see the candidates we get when we have a bigger sample size.”

Along with this, Greenwich has begun to advertise for four heads of service in digital – data, delivery, technology and product – with Collingwood highlighting the desire for diversity and inclusivity.

“At the moment we’re not set up to deliver on the strategy because we only have the beginnings of a team in place, and getting people from diverse backgrounds to bring their perspectives is one of the important strands.”

“The trick is making sure we continue to hire at pace without compromising on the quality of people that we bring in. We might have to pause on some hires until we get the right person.”

It is possible that priorities will emerge that have not been spelled out in the document. Collingwood says she has had early feedback that the intent to work closely with the local NHS and third sector was not sufficiently vocalised, although it is being taken seriously.

“At the moment our work is mainly focused on data sharing, which is a big start, and we’ll continue on it especially during Covid. I think it will be about taking the small things we’ve done and growing those relationships.

“The power of the voluntary and community sector to help local authorities be more effective in helping residents is quite untapped. I sense that is going to be a growth area for us.”

She sees the third sector a mixed bag in terms of its digital capability, with some large charities having strong offers while smaller ones and community groups are struggling. But there is scope for the latter to provide hubs for local communities, with the council providing support through connectivity and the provision of devices.

There is also scope for new plans to emerge in the experience of other councils. Collingwood says she is in regular contact with the London Office for Technology and Innovation and the Local Digital Collaboration Unit in the Ministry for Housing, Communities and Local Government, and that there are plenty of informal contacts between local authority digital leaders.

“It’s really important to watch what others are doing,” she says. “In almost every area of our ambitions there has been some great work done in another council, and we have a rich network.”

Underlying all this is the need to be able to measure progress, with the development of metrics and the technology to support it. Collingwood says the work on this has begun.

“We’re at the very beginning of that journey, beginning to build things like performance dashboards for specific services, setting some metrics. We’re just starting it and have a long way to go, but we are serious about wanting to measure impacts.”

This is likely to feed into the way the strategy unfolds in the future, and she emphasises that it is not set in stone. Local authorities have to respond to a changing environment and be ready to change their approaches to digital.

“I think the next step will be that we have a four-year investment envelope and a one-year roadmap, and that it will be an alive document on a rolling 12-month period. Also, the strategy will be refreshed twice yearly to reflect the way our thinking evolves.

“I’m very keen on live documentation. There are limitations in that you can’t just fundamentally change your mind about everything, but you can tweak and iterate it.”