The West of England Combined Authority has announced an app based bus booking service with a major local operator. 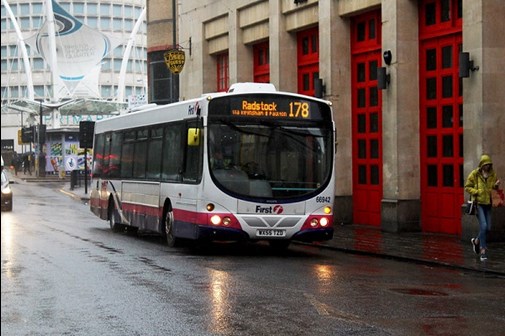 It has partnered with First West of England on ‘Book my bus ride’ which it believes is the first system of its kind for a scheduled bus service in the UK.

The move follows recent changes for First’s app enabling customers to track the location and seat availability of their bus.

Bookings can be made through the app or the www.bookmybusride.com website, with customers receiving an email confirmation that is scanned onboard or shown alongside an existing pre-paid ticket.

They can be made up to seven days in advance of a journey, with the option of buying a ticket with the reservation or booking at no extra cost with a pre-paid First Bus ticket or with a concessionary card.

West of England Mayor Tim Bowles said: “This is a terrific new service which will help people know they can rely on the bus and give them more reasons to leave their car at home.

“I’m determined to keep our region moving and make sure the West of England leads the country on using technology to improve our public transport – giving people greater choice and flexibility in how they travel. This new service once again shows that the West of England is leading the way on finding new ways to move around.”

The service will initially be run on selected routes in Bristol, Bath and Thornbury.