WM5G and Transport for West Midlands (TfWM) have begun to work on a network of 5G sensors to reduce congestion on the roads in the region. 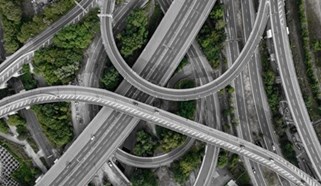 They have launched the Road Sensor Network project as a step towards using 5G in exchanging real time traffic information.

It is initially focused on the Key Route Network a set of A and B roads equivalent to 7% of the available network but which carry over half of all traffic within the region.

In its first phase, the project aims to capture a more granular picture of traffic flow through the deployment of various of 5G enabled sensors, radar and cameras across the key route network.

WM5G – the regional industry group set up by West Midlands Combined Authority (WMCA) and the Department for Digital, Culture, Media and Sport – said it will provide data for to the regional transport co-ordination centre and local authority traffic control centres to reduce congestion and predict and manage increasing levels of traffic, particularly during major events or incidents.

TfWM, which is part of the WMCA, has been working with partners including WSP, Siemens, Earthsense and Vodafone in delivering the project.

The next stage, running up to March 2022, will involve the deployment of around 280 sensors provided by Vivacity and Vaisala in the region.

Mayor of the West Midlands Andy Street, who chairs the WMCA, said: “The Road Sensor Network project will form a key part of planning and developing our future transport network, allowing us access to data that would otherwise have not been possible without 5G. Projects like this show how critical it was we got ahead of the game and won the right to be the UK’s first regional 5G testbed back in 2018.

“The Road Sensor Network project will help make our roads safer and more efficient, this will give the West Midlands a critical advantage when considered for future development and investments.”

WM5G said the project will also enable the creation of digital twins on travel behaviour, and involve the deployment of environmental sensors for data on noise levels, particulates, CO and CO2 counts, weather and humidity. This will support the TfWM in meeting air quality objectives and help the region reduce its emissions footprint.

To date the region has relied on manual surveys of traffic flows using pneumatic tubes or limited coverage of CCTV and automatic number plate recognition cameras to gauge the number of vehicles and journeys being undertaken on the region’s roads.