The Welsh Government has said it will invest a further £15 million in educational technology for schools in the next financial year.

This marks a continuation of the Hwb EdTech programme, which has already involved an investment of over £92 million over the past two years, and is aimed at supporting the transformation of digital infrastructure of all maintained schools in Wales.

It will include funding to support digitally excluded schoolchildren with connectivity through MiFi routers up to the end of the current school year in July. 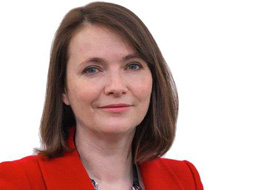 Education Minister Kirsty Williams (pictured) said: “This last year has brought into sharp focus how important technology is to our schools and our learners.

“I’m really pleased that, following significant investment in preceding years, including the development of our world leading Hwb platform, we’ve been in a strong position to continue learning remotely this year.

“The improvements we’ve made to digital infrastructure in schools will help our learners prepare for the new curriculum for Wales over the coming years.”

The Welsh Government said that so far the Hwb EdTech programme has provided over 128,00 devices to children needing support, with another 54,000 to be delivered in the coming weeks, and 10,484 MiFi devices, which act as mobile hotspots.

It has also funded software for the repurposing of around 10,000 devices and enabled local authorities to purchase over 300,000 digital infrastructure products, including cabling, switches and Wi-Fi devices.